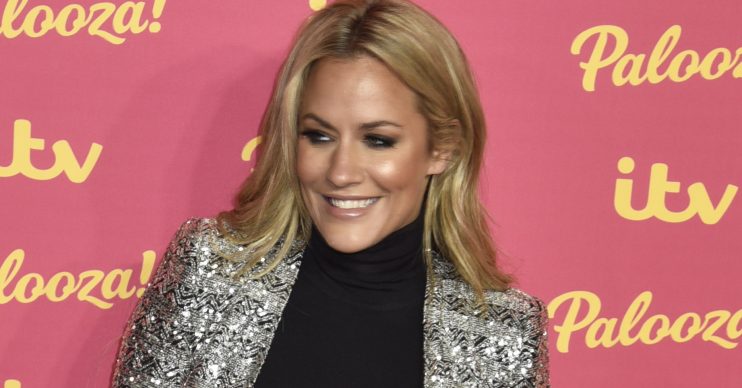 It's being filmed in Cape Town

The presenter, 40, shared a snap on Instagram to let her followers know that shooting had started on the new series, which airs in January.

The photo shows Flackers gazing into the camera with her blonde hair hanging loose and wavy.

She wrote in the caption: “Day one shoot… hair and make up @gemflossi.”

A number of famous faces commented on the selfie, including presenter Gaby Roslin, who wrote, “You look beautiful” with a kissing-face emoji.

Another told her: “So beautiful it hurts.”

Someone else said: “Welcome to South Africa and enjoy your stay!”

ITV bosses announced in July that a villa would be set up in Cape Town for a spin-off series scheduled to air in January 2020.

For fans, it means they will no longer have to wait a whole year between series of the hit dating show.

ITV’s Head of Digital Channels and Acquisitions, Paul Mortimer, said when Winter Love Island was first announced: “Off the back of a record-breaking year, we’re delighted to be bringing an extra series of our biggest and sunniest show to the 2020 schedule. Love Island has proven yet again to be the perfect format that engages younger audiences.

“In response to this viewer appetite, a new batch of young singletons will deliver some highly anticipated post-Christmas romance and drama from our new and luxurious location.”

And comedian Iain Stirling, who does the Love Island voiceover, thinks the Winter show will be even bigger than its summer counterpart.

He explained exactly why on Lorraine, telling stand-in host Christine Lampard in August: “I always find with the summer Love Island, obviously you want to watch it in the summer but you’ve got, like, festivals to go to, and holidays and stuff.

Winter Love Island is due to get underway on January 8.

Will you be watching the new series? Leave us a comment on our Facebook page @EntertainmentDailyFix and let us know.