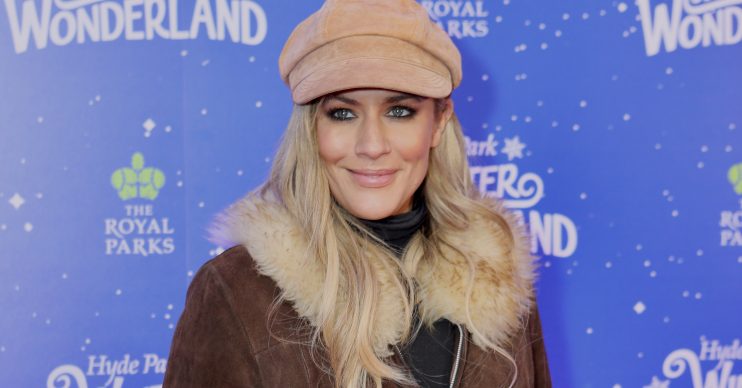 It was a "silly drunken row that got out of hand"

After being charged with assault by battery, Love Island host Caroline Flack is reportedly “remaining positive” that she will still host the new winter series of the show.

The TV presenter was taken into custody after a reported bust-up with boyfriend Lewis Burton.

She is alleged to have hit him with a phone and cut her hand on broken glass after accusing him of flirting with a 60-year-old woman.

However, a source close to Caroline has now revealed that the star is sure she’ll be back on our screens in January.

And the presenter – who looked upbeat as she was today pictured for the first time since her arrest – thinks the charges against her will be dropped.

They told the Mirror: “She remains positive that the charge will be dropped as both she and Lewis understand it was a silly, drunken row that got out of hand.”

Caroline is due in court on December 23, with the first-ever Winter Love Island starting on January 8.

Ent Daily has contacted Caroline’s rep for a comment on this story.

The news comes as Caroline’s ex Andrew Brady posted a non-disclosure agreement barring him from speaking about their relationship online.

He is also said to have sent a message to Lewis offering his support.

She remains positive that the charge will be dropped as both she and Lewis understand it was a silly, drunken row that got out of hand.

The Daily Mail reported that Andrew texted Lewis and said: “I’m sure this is just the tip of the iceberg.”

They added: “He texted him saying if he wanted to chat then he’d be open to talking as he ‘knows what it’s like’.”

However, Lewis reportedly responded and told him to “stay out of his business”.

The model did, however, break his silence on his Instagram Stories.

He said: “I’m tired of the lies and abuse aimed at my girlfriend. This is not a witch hunt, this is someone’s life.”

He added: “I have not signed any NDA. Why would I? Caroline is the most lovely girl. Loyal and kind. She doesn’t deserve any of this.”

Fans of Love Island are now convinced that Maura Higgins, who found fame on the last series of the show, could replace Caroline as host.