Caroline Flack is back in the UK - and she could soon be back on our screens hosting Love Island as well, if today's reports are to be believed.

The presenter, 40, faces an assault charge against her boyfriend, Lewis Burton, 27, on March 4.

But if her day in court does not result in a conviction, Love Island bosses want her back next series, according to The Sun. 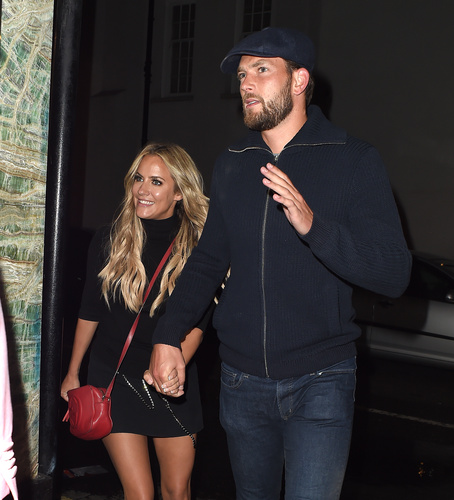 Caroline and Lewis on a date night at Sexy Fish, in happier times

The winter version of the show, which is being hosted by Laura Whitmore since Caroline's shock arrest in December, has lost 800,000 viewers. Caroline stood down from hosting it due to her troubles. She has publicly given support to Laura, 34, who is a friend of Caroline. 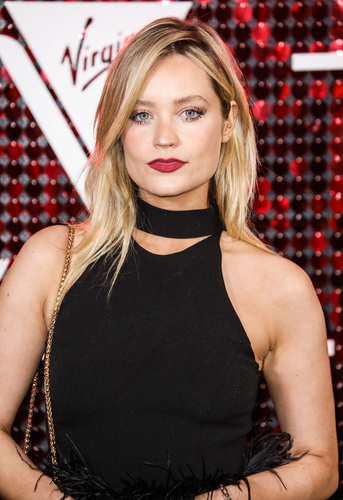 Laura Whitmore has had a mixed response as host of winter Love Island (Credit: Splash)

Earlier this month, Love Island show runner Amanda Stavri said the team are in "constant contact" with Caroline. She said "the door is open" for her to make a return to the show.

In her statement announcing that she was to step down from hosting the show, Caroline said Love Island had been "my world" for the past five years.

Read more: Laura Whitmore reveals her "terror" at taking over on Love Island

But it looks as if Caroline's career on TV is far from over. According to today's reports, there has also been interest from other TV bosses, including from Channel 4.

Caroline has just come back from a relaxing break in LA. Looking tanned and in good shape, she is said to have quit the booze and adopted the healthy Californian lifestyle while she was over there.

The clean living approach clearly suits her, as she looked fresh faced in a tracksuit, top knot and shades.

She is banned from contacting Lewis due to a court order. It has also been reported that she wants them to move back in together if she is cleared of assault in March. In a hearing on December 23, she pleaded not guilty to assault.

Highbury Corner Magistrates' Court heard how she is accused of hitting Lewis with a lamp after reading messages on his phone which she suspected were from another woman. 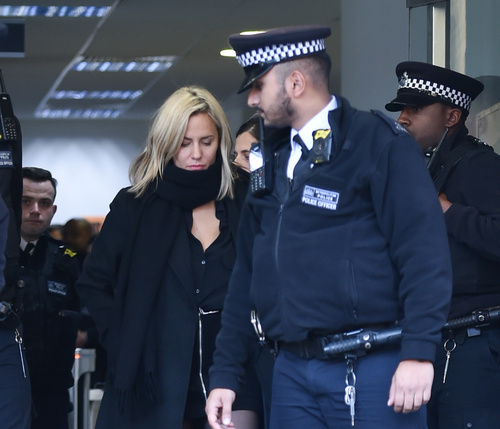 Many fans on the Twittersphere think Love Island is lacking a certain something since Caroline was replaced with Laura.

One said: "Is it just me who can't get into #LoveIsland. Whether it is the contestants or the fact, SA, Miss LI herself Flack @carolineflack is no longer hosting. This series is a FLOP from me and I am a big fan."

Is it just me who can't get into #LoveIsland. Whether it is the contestants or the fact, in SA or Miss LI herself Flack @carolineflack is no longer hosting. This series is a FLOP from me and I am a big fan.

However, some were not so keen to see the star make a comeback following the charges against her.

"So if roles reversed and guy hit her wud you be supporting him. think not."

define lost yr shit ? Making light of DV is whats the problem. So if roles reversed n guy hit her wud you be supporting him. think not

A representative for Caroline Flack has not yet responded to our request for a comment on this article.

Do you think Love Island is not the same without Caroline Flack, or is it too soon to talk about a comeback? Leave your comment on our Facebook page @EntertainmentDailyfix and tell us what you think