It's been a year since her very-public split from presenter Ant McPartlin - and fans are now begging Lisa Armstrong to get back out there.

In fact - after the makeup artist admitted she was a big fan of Celebs Go Dating - they're encouraging her to join the Channel 4 dating show. And she's hinted that she could possibly be up for it! 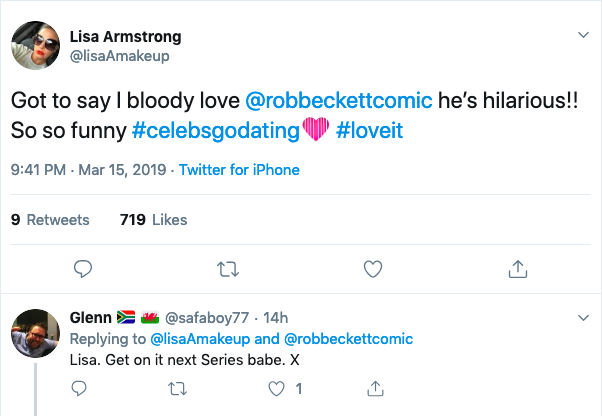 The makeup artist is a fan of the show (Credit: lisaAmakeup Twitter)

During the latest episode on Friday evening, the Strictly Come Dancing worker tweeted about the show, telling star Chelsee Healey that she is: "rooting for you, babes!"

She also complimented the show's voiceover comedian, writing: "Got to say I [bleeping] love @robbeckettcomic, he’s hilarious!! So so funny #celebsgodating #loveit."

Would be amazing if you found love again.

Fans encouraged her to go on the dating reality show - currently starring the likes of singer Kerry Katona and TOWIE's Megan McKenna - with one writing: "Lisa. Get on it next series, babe. X." 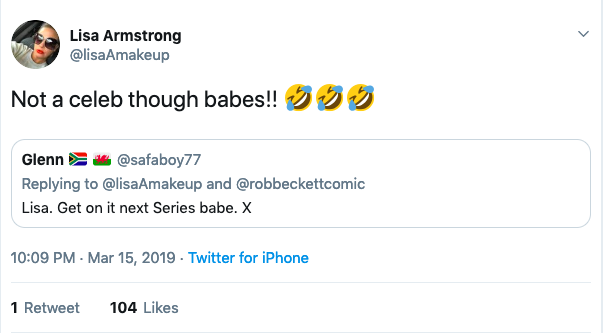 Lisa seems up for it - but doesn't think she fits the criteria (Credit: lisaAmakeup Twitter)

Lisa, 42, then retweeted the suggestion, adding the jokey reply: "Not a celeb though babes!! 🤣🤣🤣."

Many of her devoted 143k followers disagreed, with one replying: "You really should do it. We would all love to see you. I don't think you realise just how much we all think of you 😊." She's usually behind the scenes on shows (Credit: lisaamkup Instagram)

A third laughed: "No celebs on there, I only watch to hear @robbeckettcomic. You’d be the only celeb there!" While one more pointed out: "143k followers, erm that’s decent, I think you're being very humble 🤭."

Others complimented her down-to-earth attitude, with one writing: "Nah hun, you're better than a celeb. You have dignity and integrity 😍😍."

Another said: "You're one step better than a celeb, you are real x." A third added: "You're coming into your own Lisa. Here's to good times ahead for you.🙏💞." 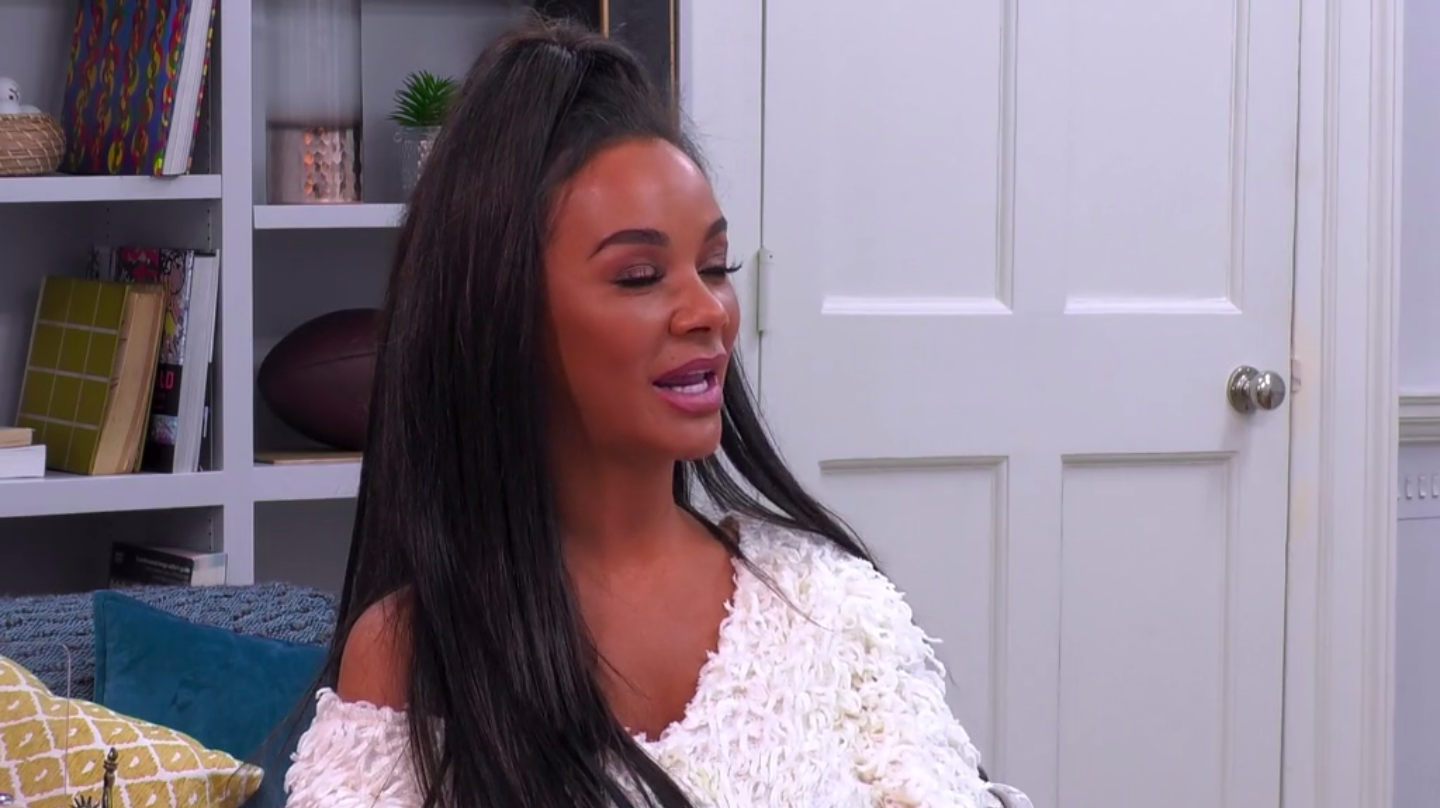 A few weren't sure it was a good idea to join a reality show, telling Lisa: "Would be amazing if you found love again but please don’t open yourself up for a TV show! Remain dignified and stay true to yourself X."

Lisa split from Britain's Got Talent star Ant, 43, last January and it hasn't been an easy road between them since. 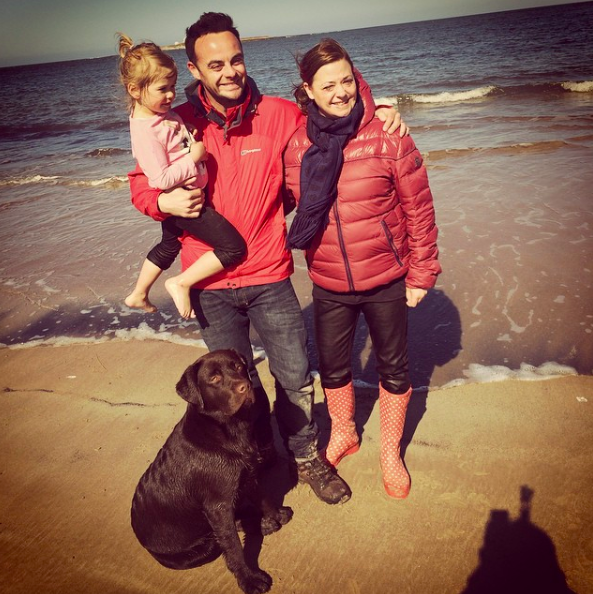 The former couple were together over 20 years (credit: lisaamkup Instagram)

The presenter moved on with his PA - and Lisa's former friend - Anne-Marie Corbett, and the pair quickly got serious.

His ex has reportedly struggled to cope with watching Ant play happy families with someone else. But the brave star has been moving on with her work life.

It was claimed last week that Lisa is starting her very own show called The Strong Women's Club. Insiders say it'll focus on empowering women coming out of a split.

Sources at The Sun also reported that she'd been enjoying some dates with a "handsome chef."

We would LOVE to see Lisa join the next series of Celebs Go Dating. Or this one? Is it too late to bring her in?!

Do you think Lisa would be good on the E4 show? Leave us a comment on our Facebook page @EntertainmentDailyFix and let us know what you think.