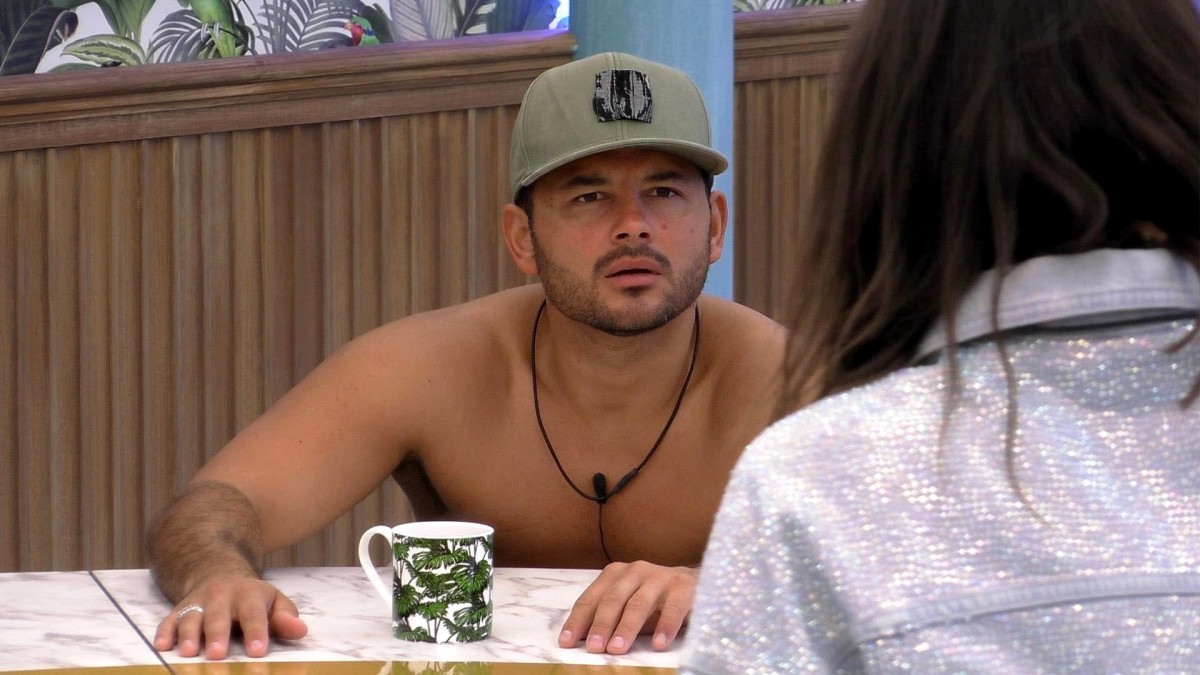 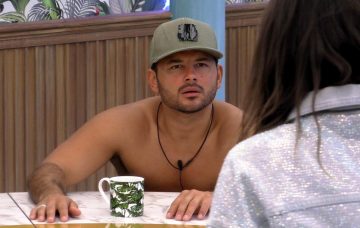 Roxanne asked to sleep in a separate bedroom after incident

Ryan Thomas’ family and Coronation Street co-stars have expressed their outrage after he was handed a formal warning on Celebrity Big Brother for “unacceptable” behaviour.

The ex-Corrie favourite was called to the diary room on Thursday after former Emmerdale star housemate Roxanne Pallett tearfully accused him of punching her and being ‘violent’.

Ryan said there had been “no malice or anger” in his actions.

Now, his loved ones have been taking to social media in droves to defend Ryan, calling him “kind and gentle” and expressing their disbelief over what happened.

Ryan’s girlfriend, Lucy Mecklenburgh, led the charge, posting on Instagram Stories: “I’m actually still in shock about last night. How can someone make a mockery of domestic violence like that?”

She also shared a photo of herself and Ryan kissing, captioning it: “The kindest person I know ❤️.”

The kindest person I know ❤️

Ryan’s twin brothers Adam and Scott Thomas were also outraged, with former Emmerdale star Adam writing: “When she still thinks she’s in soap, makes up her own storylines and still gets written out. See you soon.”

She also urged fans to vote for Roxanne to be evicted next. 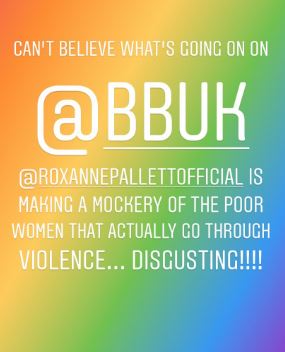 Love Island’s Scott added: “I have now seen it all ! Women like that are so dangerous! Trying to damage my brother’s reputation over what was blatantly some harmless play fighting.

Some of Ryan’s close friends and co-stars also shared their thoughts including Brooke Vincent, Sally Ann Matthews, Samia Longchambon and Georgia May Foote.

Brooke said she couldn’t believe what she was seeing, while Sally Ann shared a picture of herself and Ryan together, calling him “kind and gentle”.

Here’s me (hungover) with the kindest, most gentle, loyal, fun-loving, smiliest, adorable man you could wish to meet @ryanjamesthomas x #CBB pic.twitter.com/HNB3hlQvhC

TOWIE’s Mario Falcone added: “I feel like Roxanne is being well over dramatic about this… Ryan would’ve done it in a playful manner.”

Dear #CBBUK, if Roxanne dies tonight of her injuries, it's on your head.

Is Roxanne for real? I cannot believe she’s just accused Ryan of that. SHOCKING! That girl is dangerous… @bbuk

I don’t believe in any man raising a hand to any women but I do believe what Roxanne is doing in big brother is making a mockery of women who have actually been terrified in violent relationships. Me being one! Am sorry but this isn’t a game luv it’s a serious accusation

Meanwhile, Ryan’s official social media accounts put out a statement overnight on behalf of his family.

It read: “From the moment he walked in he’s just kept smiling and bringing the positive energy as much as possible! From his over the top reactions to his crazy laugh he’s been nothing but good fun!

An update read: “Morning guys! Your support for Ryan will mean a lot to him…I just hope it doesn’t affect his morale in the house.”

Morning guys! Your support for Ryan will mean a lot to him…I just hope it doesn’t affect his morale in the house 😢❤️

The incident between Ryan and Roxanne was also an issue of discussion on Celebrity Big Brother’s Bit On The Side.

Roxanne’s friend, Paris Lees, was on the panel and said: “Roxy is a mate, I love her to bits. She is a very theatrical person. I came on tonight to defend her. I understand she’s annoyed people, people thinking she is false, but that’s who she is. She is authentically superficial, there is a sincerity to that.

“It’s not how I would have… but I’m trying to see the other side. Maybe she’s feeling a bit run down, a bit heightened, I don’t know…”

Fellow panellist Nicola McLean, however, disagreed, and said Roxanne was being “ridiculous”.

Paris replied: “I don’t think I’d react in the same way she reacted but I don’t necessarily agree she’s doing it for attention. I think for whatever reason she genuinely feels this way about the situation.”

Rylan Clark-Neal acknowledged it was a tricky situation as Roxanne wasn’t able to speak out and defend herself.

He added that Big Brother takes all housemates’ feelings into consideration and Roxanne is feeling “more comfortable” today.

In tonight's #CBB, Roxanne complained to Big Brother because in this scene Ryan was "violent" towards her.. OOOOOOKKKKKK
🙄🙄🙄🙄🙄🙄🙄 https://t.co/Qsf27TLc8A

In tears in the diary room on Thursday night, Roxanne said she was in shock, adding: “I’m just a little bit in shock. I went from being upset to being angry, because a boy has punched me repeatedly unprovoked, he actually punched me like a boxer would punch a bag.