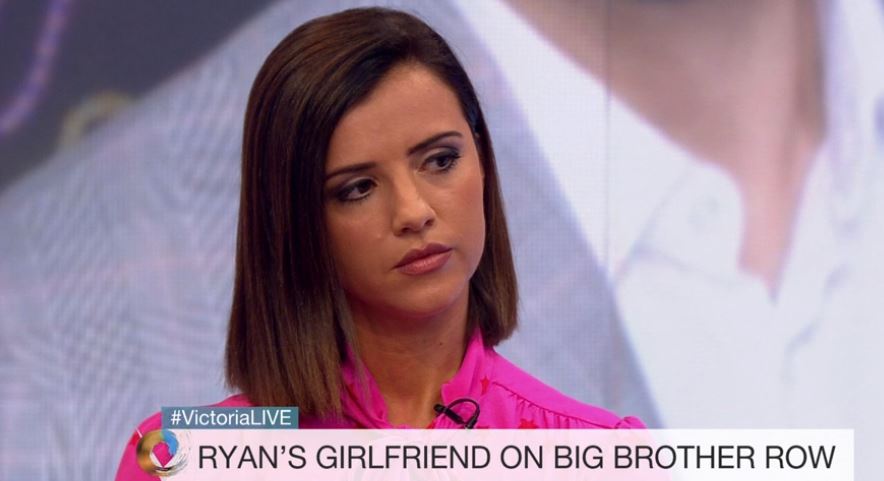 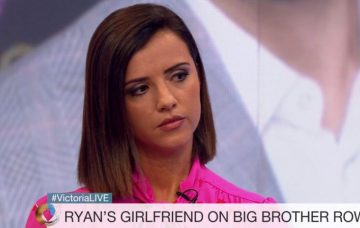 Lucy Mecklenburgh has spoken of the impact Roxanne Pallett’s allegation against Ryan Thomas has had on his family, including daughter Scarlett.

In her first television interview about the incident, Ryan’s girlfriend Lucy also admitted feeling sympathy for the trolling that Roxanne has endured in recent days.

Former Emmerdale star Roxanne, 35, accused Coronation Street’s Ryan, 34, of ‘punching’ her during what appeared to be a play fight in Celebrity Big Brother last week.

Ryan apologised and said there was no malice or anger intended in his actions but was given a formal warning by Big Brother, which led to outrage among his family, friends and fans.

In her first TV interview since the incident, Lucy opened up to BBC’s The Victoria Derbyshire Show about the impact of Roxanne’s allegation on Ryan’s loved ones.

“It’s been hard mainly because we all know the truth that nothing happened, but for him to go through and thinking everyone on the outside may think he’s a woman beater and watching him break down on Saturday night.

“I haven’t slept much. It’s been hard.

“His mum and brothers, who he is extremely close to, are in bits. It’s been a tough few days.”

Lucy said Ryan’s nine-year-old daughter Scarlett hasn’t watched the footage but they don’t want her hearing what Ryan’s been accused of.

“He has a daughter,” said Lucy. “She hasn’t seen it but we don’t want people saying things like this and her hearing it. It’s been a really, really tough few days.”

“But I think actually it’s had the reverse effect and everyone’s on his side supporting him.”

Victoria asked Lucy if Roxanne should apologise for what she’s done, to which Lucy replied: “Yes, she should. I think she needs to apologise publicly to Ryan and really mean it.

“I think she should apologise for defamation of character. It was a complete lie.”

Roxanne has now publicly apologised in an interview with Channel 5’s Jeremy Vine which aired at the same time as Lucy’s discussion with Victoria Derbyshire.

Lucy said: “I do think Big Brother fuelled it by giving him a warning and letting her have special treatment by having her own bedroom for the night. It was like a story that every time she told it, it got more elaborate.”

Victoria pointed out nobody knew how it felt to Roxanne and a women’s charity had come out to say play fighting can be frightening if you’ve been in an abusive relationship, which Roxanne has been.

Lucy said: “I think we can all see he didn’t hurt her and she play fights with everybody in the house every single day.”

When asked if she has any sympathy for Roxanne, Lucy added: “I do because of what she has come out to, because I know the social media world can be very cruel.

“I don’t want it to become a witch hunt and I don’t wish any harm upon her but I do want her to apologise and mean it, and hopefully she can come back from this.”

Victoria said Roxanne declined to take part in the discussion.

Lucy said she didn’t agree with the trolling that Roxanne has been subjected to, which resulted in her social media accounts being deleted.

“The social media world can be cruel and harmful and people can say nasty things. I don’t think that should happen,” said Lucy.

“I think what needs to be done is draw a line under it and I want Big Brother to revoke [Ryan’s] warning and I want her to make an apology.”

“I think when [Big Brother] has given warnings in the past, it’s for serious things. He didn’t actually do anything.”

She was allowed to stay in a separate bedroom that night, saying she felt “uncomfortable” sleeping in the same room as Ryan.

However, on Friday night, Roxanne decided to quit the show with her rep saying in a statement: “Roxanne decided to leave the CBB house late last night after deliberating for two days with some sensitive issues she felt strongly about.