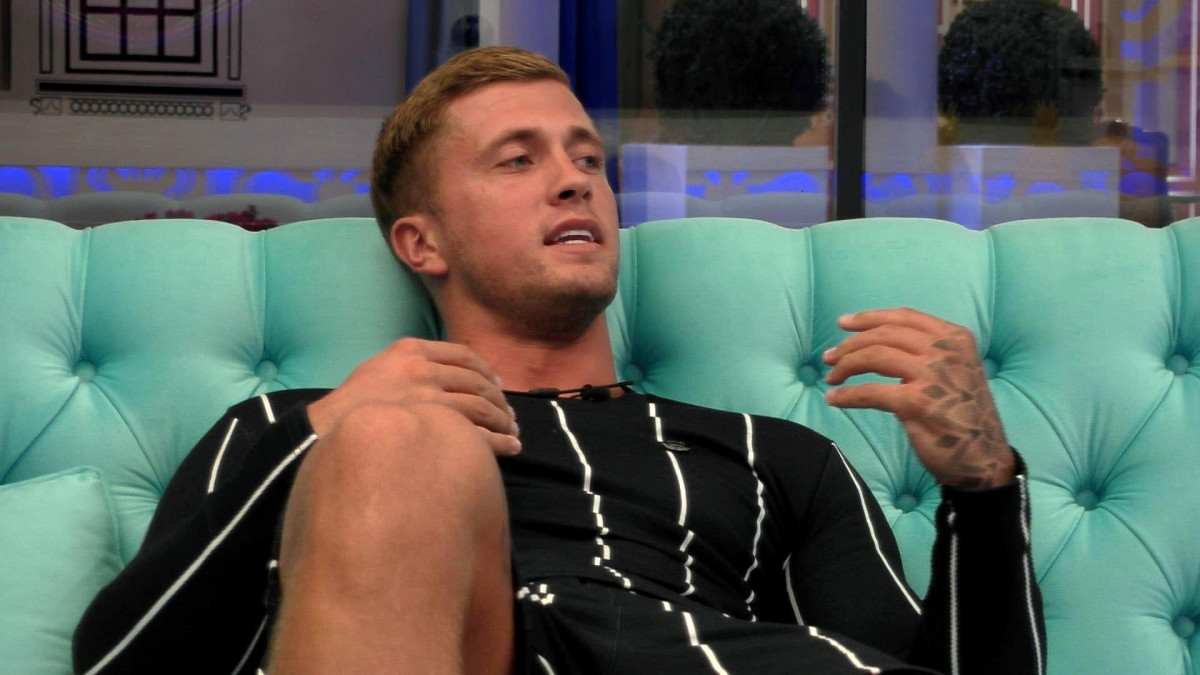 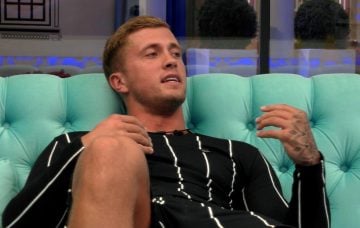 He made it clear the subject was none of Natalie's business

It all kicked off when housemate Natalie Nunn accused Dan of not being open about the state of his marriage, after she initially believed him to be single.

The theme of this year’s Celebrity Big Brother is Eye of the Storm, with each housemate having weathered their own media storm.

For Dan, it was a leaked phone recording of him being verbally abusive to an ex and speculation about his marriage being on the rocks, which was exacerbated by claims he slept with Love Island’s Gabby Allen, who just so happens to also be a CBB housemate this year.

Both Dan and Gabby have always denied anything happened.

Most of the housemates seem keen to leave their media storms in the past, but Natalie thinks she has a right to know who she is living with.

So, on Tuesday night’s episode, Natalie asked everyone to talk about their own media storm and singled out Dan in particular as someone she wanted answers from.

Dan responded: “I’d rather not talk about mine, it’s in my past.”

But Natalie didn’t let the subject drop and said she wants to know who she is living with and wants to know certain things about her housemates.

She got rather heated as she told the group: “I have a husband. I’d like to know who is married, who the [bleep] isn’t married, why you don’t have a ring on.

“I would like to know and I’m going to ask and I can ask and I will ask. It’s not just me, viewers probably don’t know half about the mother-[bleepers] in here.”

Some of the other housemates, like Ryan Thomas, said they didn’t care about anybody’s media storm and people should take each other based on what they see in the house.

But Natalie said she was genuinely confused about some people and wanted the truth.

She pointed out: “I came into this house and was introduced to Dan as he was single, then five seconds later Gabby came running in and says ‘he has a wife, he’s married!’ Like, okay, time out. I can ask. I am being told one thing about certain people, another thing about someone.”

Natalie added: “We don’t even know what the [bleep] is going on!”

Again, other housemates suggested the media storms should be kept in the past and not brought into the house, but Natalie pointed out: “You want to act like you got on this show because you’re Prince Charming? It’s not something that is secret or hidden!”

Natalie was then called to the Diary Room giving Dan a chance to have a quiet word with some of the others, saying: “Why is she bringing up my marriage? What has it got to do with [her]?”

Dan added: “The thing is, it’s not like when someone is married and having trouble in their marriage it’s a nice thing you want to talk about.

Dan and Jacqueline’s marriage has been addressed a few times in the house so far, most notably when Natalie and Rodrigo Alves outright asked Gabby if anything had happened with her and Dan.

She insisted that, no, nothing had happened, and she’d even contacted Jacqueline to ensure she understood that.

Gabby pointed out: “Dan is married and he’s been married ever since I’ve known him and they were still together when I met him.

Jacqueline gave birth to her and Dan’s second child, Mia, in June. They’re also parents to Ella, three, while Dan has a four-year-old son from a previous relationship.

Meanwhile, Natalie and Hardeep Singh Kohli are the first two housemates to face eviction; one of them will be sent home in the public vote on Friday night.

Do you think the celebrities should discuss their media storms in the house? Leave us a comment on our Facebook page @EntertainmentDailyFix and let us know what you think!