Emma reveals that some of the Christmas gifts go untouched

Emma Tapping received a huge backlash last year after posting a picture of her Christmas tree showered with 300 presents costing over £1,500.

Now the mum-of-three has revealed she is splashing out even more money this Xmas.

This is getting ridiculous now. 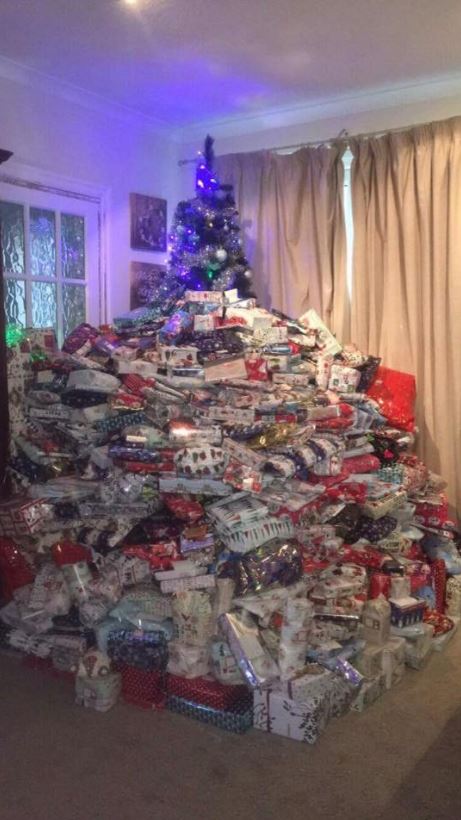 Emma bought 85 presents each last year for Mia, 14, Ella, ten and baby Tatum and she hasn’t let the backlash put her off going present crazy – she’s added ten more on!

The 36-year-old and her family are now the stars of a new Channel 5 documentary – Xmas Excess: Parents Splash The Cash.

She explains: “What I love about Christmas is the magic of it, and it’s family time for me, it’s about being with my loved ones and I love seeing their faces when I give them gifts.

“I do go overboard at Christmas, definitely. It’s loads of pressies, loads of food, stuffing your face and just relaxing, having a good old day. 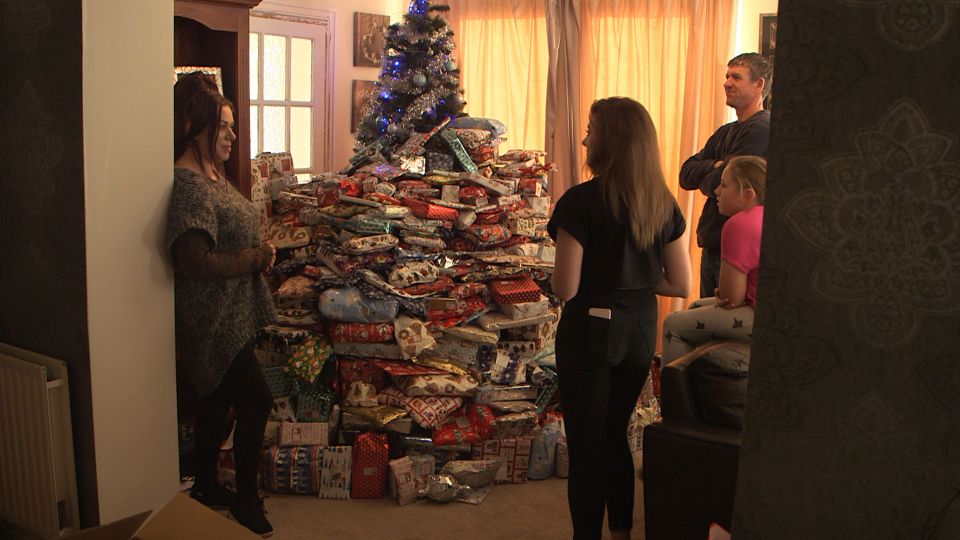 “I think they had about 85 presents each last year. This year they’ve got about 96 each, so they’ve got a few more bits.”

The average person buys about 14 presents for Christmas, but Emma bought around 300.

So many that her tree has almost disappeared!

Not content with the shops on the Isle of Man, Emma flew to Liverpool armed with an empty suitcase ready to hit the high street. 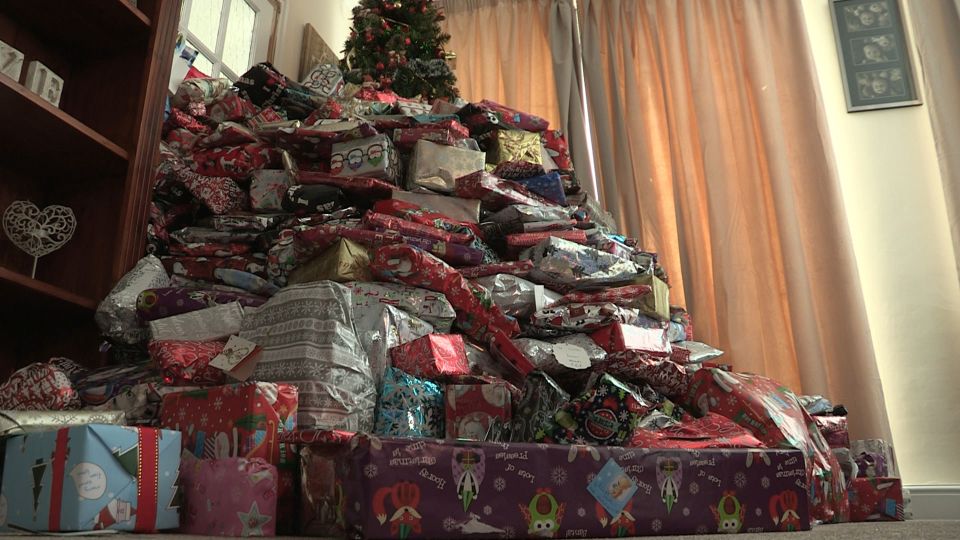 Telling what goes on on Christmas day, she said: “It’s a bit like Jenga – if you pull the wrong one out you might lose a child for a few hours.”

Speaking about the social media uproar Emma had last year, she said: “A friend of mine tagged me in the picture and was like, ‘Isn’t this your tree?’

“I’d gone from being a normal mum to being in the papers, being talked about, being on TV.

“If you ask me do I spoil my kids, I would say at Christmas yeah I do, but I don’t spoil them throughout the year.

“They get their necessities, their school uniforms, the things that they need, but we don’t go on holidays abroad, they don’t go on big shopping sprees – anything they want they get it for Christmas.”

“Now I couldn’t give a toss what anyone thinks. It’s not going to change the way I do things, and if they don’t like it, it’s a good job I’m not their mum.”

She tells how she numbers each gift and writes down what she’s bought for each child. “I like the girls to have exactly the same, even if it’s not the same money wise, I like them to have the same amount.

Once the big day is over, the problem then is finding a place for each prezzie and finding time to use them.

Daughter Ella admitted that she has some presents that remain untouched from last Christmas – such as a popcorn maker and a notepad.