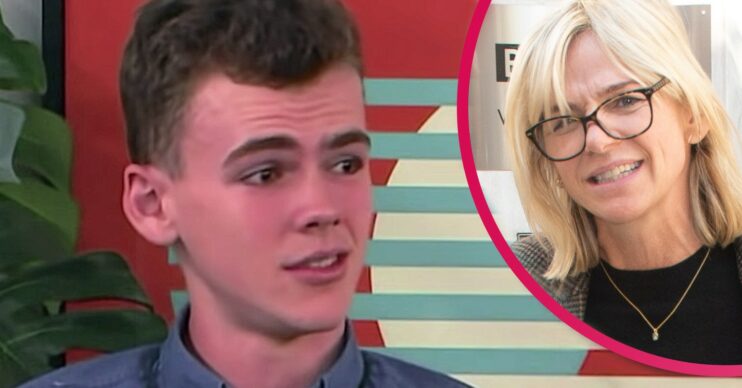 Woody wants to work for a living

Zoe Ball’s son Woody has been “cut off” financially despite his famous mum and dad’s fortune.

The 20-year-old said he’s so skint he couldn’t afford to buy some bread.

Why is Zoe Ball son Woody fending for himself?

The couple split up in 2016 but together are estimated to be worth a cool £35million.

Read more: The Circle: Woody Cook reveals his famous parents have ‘more faith’ in him since the show

But despite their worth, Woody still has to fend for himself.

He spoke to the Mirror newspaper at last week’s Attitude Awards.

Woody explained: “My parents make it clear that I was born into a privilege they have had to work their ass off to get.”

“I am doing it all by myself. The other day I couldn’t afford bread, but I’m working through it.”

Woody also said Zoe and Norman have taught him to be himself and not to “rely on someone else”.

And he said he’s full of admiration for his mum – as she’s leaving for work at 4.30am he and his mates have just finished partying.

When did Zoe and Norman split up and why?

Zoe and Norman first got together in the late 1990s, and married in 1999 at Babington House in Somerset.

However, their relationship hit the rocks in 2003 when it was revealed that Zoe had an affair.

Sadly, the two split up in 2016, with Zoe saying on Twitter: “With great sadness we are announcing that we have separated.

“After many exciting adventures together over the last 18 years, we have come to the end of our rainbow.”