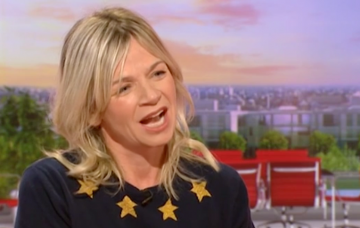 It's all change on Team Strictly

It Takes Two host Zoe Ball even said Brendan’s departure marks “the end of an era” during an appearance on BBC Breakfast this week.

The mum of two was talking to hosts Louise Minchin and Dan Walker, when she said: “It feels like the end of an era. The man is a legend.

“He has made us laugh, I’ve loved watching him. I know it’s going to be very strange without him.”

Zoe, who herself was a contestant on the dancing show back in 2005, has worked with Brendan since she took over It Takes Two from Claudia Winkleman in 2011.

She admitted: “He is an amazing boy so I look forward to seeing what he’ll do next and it will be very strange, we will miss him.”

Brendan revealed his departure from the show on ITV’s Lorraine last week.

He told the TV host: “It’s quite, actually, hard to talk about.

“The BBC haven’t renewed my contract. We get contracted year upon year. They’ve made an editorial decision to not have me back on the show. I’m a little bit in shock. I’m quite emotional, a bit raw about it.

Fellow professional dancer Janette Manrara posted her support on Twitter to her friend, as did Oti Mabuse and Nadiya Bychkova. 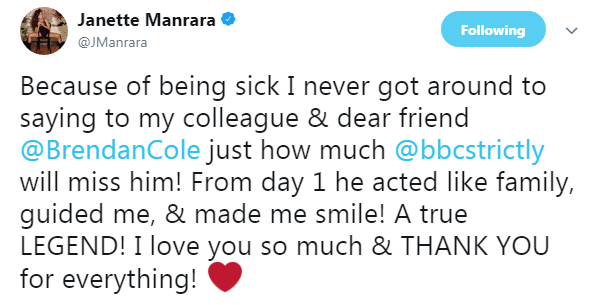 Former dancer Kristina Rihanoff also lent her support to the 41-year-old, saying: “Keep your chin up. We all here for you.”

But we reckon Brendan will be okay, with rumours of former Strictly head judge, Len Goodman, putting in a good word on the American version of the show called Dancing With The Stars.

And of course with his own live show that’s touring around the UK, Brendan is already proving that he doesn’t need to rely on the TV show.

Will you watch Strictly with Brendan gone? Leave us a comment on our Facebook page @EntertainmentDailyFix and let us know what you think!