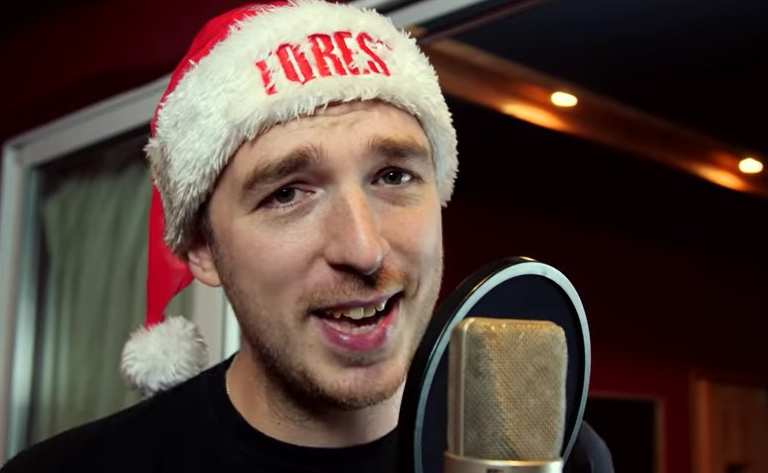 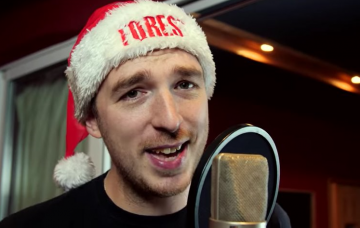 YouTube star on track for Christmas No 1 with song about sausage rolls!

He's topping the charts with pastry

We all love a bit of pastry at Christmas, but one fan has such a penchant for sausage rolls that he’s dedicated a song to them – and it’s gone viral!

YouTube star ‘LadBaby’, aka Mark Hoyle, has devised the hilarious single We Built This City (on sausage rolls) and he’s currently a contender for the Christmas No 1 in the official charts.

The ode to pastry is up there with pop star Ariana Grande’s Thank U Next and Sweet But Psycho by Ava Max.

Snack-loving vlogger Mark, 31, says he has no experience in music – well, he’s doing alright for his first attempt!

He belts out the tune, which was unleashed online on the 14 December, with the help of his wife Roxanne and their kids.

Lyrics include: “If you’ve never had one, and don’t recognise the taste, it’s a bit of cylindrical pork wrapped in a puff pastry case.”

Mark fell on hard times himself when Roxanne gave up work to have children.

The dad-of-two explained: “We did struggle for a long while to make ends meet. Although we never went to a food bank we did get very, very close.”

Mark began putting up YouTube videos in 2016 after having his first child and his offerings now get millions of views.

If Mark manages to bag a number one over the festive period, he’ll join other novelty Christmas songs like Bob The Builder’s Can We Fix It?