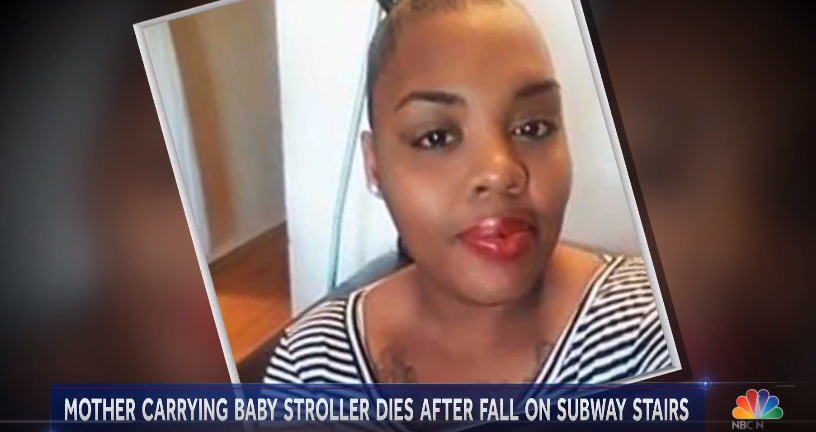 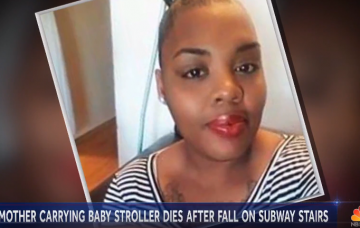 Malaysia Goodson was only 22 years old

A young mum has died in New York after falling down a set of stairs to a subway station while carrying her one-year-old daughter and a stroller.

Malaysia Goodson was just 22 when she was found unresponsive at the bottom of the steps of the station near Times Square in Midtown Manhattan on Monday night (28 January).

She was rushed to Mt Sinai West hospital, but declared dead once there.

Malaysia’s daughter, Rhylee, was miraculously not injured in the fall, and is now being cared for by her dad and grandparents.

An investigation is underway as to whether Malaysia suffered a medical episode that led to her death or if the impact from the fall killed her.

The New York Post reports that Malaysia had a thyroid condition and had complained of headaches the day before the fall.

Her mother, Tamika Goodson told the newspaper: “I don’t know, maybe she was starting to feel faint.

“I’m just still trying to take it all in, I’m trying to see if I’m dreaming. I’m in disbelief.”

As she had no marks on her body, it isn’t believed she fell far and is thought more likely a medical emergency caused the fall.

Despite this, authorities are calling for more accessibility in stations, with Mayor of New York Bill de Blasio tweeting his anger at the subway system being inaccessible.

This is a heartbreaking tragedy that never should have happened. The subway system is not accessible for everyone and that’s an environment the MTA should not allow. https://t.co/X89fQep0LY

The lack of accessibility in our subways is literally killing people. I am heartbroken by this tragedy, and am keeping this family in my thoughts. NYC must do more for families and the disabled. https://t.co/X2w91JdKtD

Malaysia, a daycare assistant, lived in Stamford, Connecticut and was visiting cousins and doing some shopping in the city at the time of the tragedy.