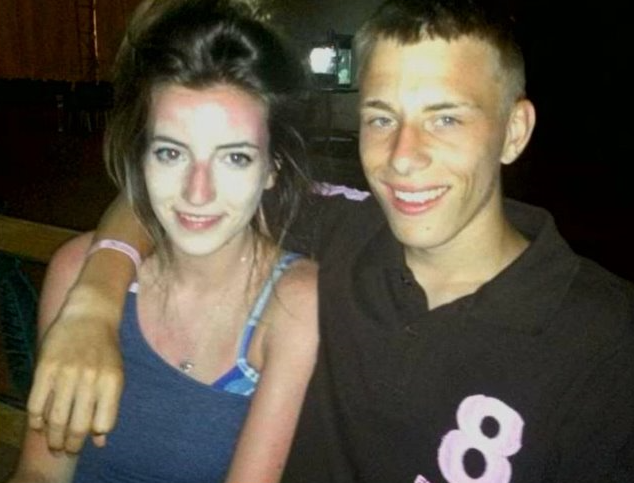 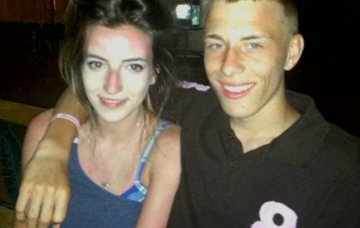 Alex Skeel was tortured by partner Jordan Worth

The harrowing moment a boyfriend was found “10 days from death” after being stabbed and starved by his partner has been revealed.

In new BBC documentary, Abused By My Girlfriend, Alex Skeel tells the story of his horrific three-year ordeal with abusive girlfriend Jordan Worth.

Alex, who has two young children with Jordan, was stabbed, starved and burnt as part of years of abusive torment.

Footage from the show reveals that Alex was found in a bloodbath after Jordan attacked him with a bread knife in 2017. It was then that police became aware of what was really going on.

Previously, Alex, 22, had been manipulated into saying he caused the harm to himself over the years.

Recalling the night of the attack, Alex explained in the documentary: “It was in the middle of the night. I was trying to stop her getting in the bathroom because I’d had enough.

“I stood on the toilet and she went to go for my head.”

Sergeant Ed Finn, who responded to the call out to Alex and Jordan’s Luton home, said “As soon as I saw him in the light of day, the state of him to be honest, the countless injuries all over his body, the fact he had these horrible dirty clothes on, he was pale, thin, I thought this is what I think it is…he’s being abused.”

In a police interview, Jordan, who was 21 at the time, confessed: “I was holding the knife. I just wanted him to come in the house. It was a big one from the kitchen.

“I don’t think it went that far but, it did, there was a lot of blood.”

She has now been jailed for seven and a half years after admitting grievous bodily harm and coercive controlling behaviour.

Alex revealed how he would also be hit with items like hammers and would have boiling water poured over him.

Recalling when Jordan threw a kettle of boiled water over him, he said: “I was backed into the corner upstairs, she lifted the lid up and threw it. I screamed. Full on screamed.”

He also said he ended up losing a tooth after Jordan hit him with a hairbrush.

Medics that checked Alex over after the 2017 ordeal said that he had just days to live. He was severely malnourished, he weighed around seven stone after living on scraps, and he was suffering from hydrocephalus – a build up of fluid on the brain – after he was struck with so many objects.

Alex says he is now getting his life back on track with the support of friends and family and is focusing on his children.

The documentary Abused By My Girlfriend is available to watch on BBC iPlayer.