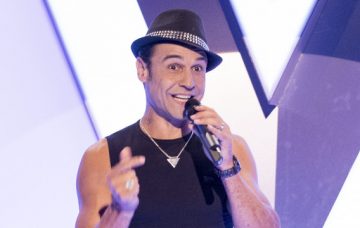 A representative for the 47-year-old, who appeared on the second series of the ITV talent show, shared an update on the entertainer’s condition after he was taken to hospital last week.

The full message to fans read: “Chico is feeling extremely lucky and feeling grateful for leading such a healthy lifestyle and thankful to his fitness that has definitely helped save his life.

“His doctor said his body has recovered so well, despite having a full blown stroke caused by a cerebral blood clot.

“The doctor has said he can only put it down to his fitness levels and positive mental attitude.

“Chico is under the wonderful hands and care of the medical team at Barnett hospital and cannot thank the doctors and team enough for the amazing work and speed of treatment and tests.”

An update on Chico : Chico is resting and recovering very well whilst undergoing further tests but thanks everyone for the incredible supportive messages, he’s overwhelmed 🙏🏻❤️ pic.twitter.com/ydHCo0vKmg

The update was shared to social media alongside the message: “Chico is resting and recovering very well whilst undergoing further tests but thanks everyone for the incredible supportive messages, he’s overwhelmed.”

Chico has remained an X Factor favourite over the years since reaching the quarter final of the talent show in 2005.

He released a song, It’s Chico Time, which hit number one in the chart in 2006.

Since X Factor, Chico has appeared on TV shows including CelebAir, Dancing On Ice and Ricky Gervais’ Extras, in a scene involving a fictional series of Celebrity Big Brother.

Married to artist manager Daniyela Rakic, Chico is dad to their two children Lalla-Khira and Zacharia.

The entertainer has focused more on his fitness in recent years, saying previously:  “You could say I was a walking advert for health and fitness, as I spent my whole life in some form of training or another, from martial arts to natural bodybuilding.

“I used to always give free advice to anyone who would listen, from nutrition to training tips so it seemed like a progression to go into it and do it on a bigger scale.”

Leave your messages for Chico on our Facebook page @EntertainmentDailyFix.