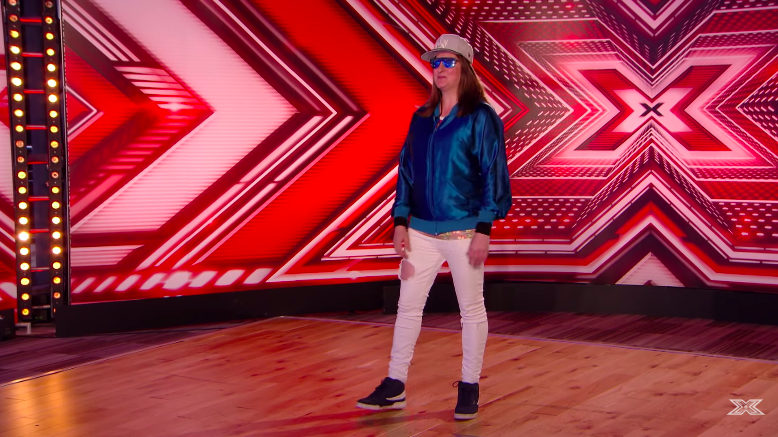 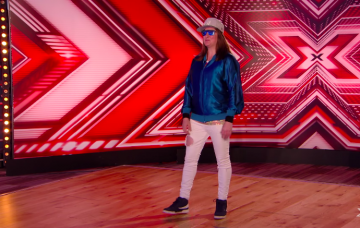 We've all gotta make a living

Whether you loved her or hated her on The X Factor ago, there was no denying she brought the fun.

Insiders at The Sun have revealed how Honey G – also known as Anna Georgette Gilford – works as a sales negotiator at Chancellors Estate Agents.

A source said: “Her new colleagues didn’t recognise her at first and were shocked, but after realising who she was they joked that she should perform at their Christmas party.”

The 37-year-old told The Sun: “I decided to go out and get a job because I wanted the structure in my life, my music is still going really well.

“I was really pleased to get the job because before X Factor I really wanted to get into an estate agency, but I couldn’t get a break.

“I think it has helped me. I think all of the achievements on X Factor has helped me to get this break with Chancellors being one of the top leading companies.”

Fans praised her moving on with her life, with one writing: “Well done honey keep your head up lady believe in your dream never give up.”

Another added: “Good on her for working in a paying job… too many 15 minutes of fame idiots out there after a free ride.”

A third pointed out: “Honey G is a character and not a real person 🙄”

The novelty rapper shot to fame in 2016, when she reached the finals of the talent show, and became know for her trademark sunglasses.

Show boss Simon Cowell later agreed to take her on at Syco, but they parted ways in April last year.

Honey G then set up her own label, H to the O Music and was even rumoured to be appearing on I’m A Celeb.

It doesn’t mean she’s given up music entirely though and as recently as August the rapper was sharing pictures from the recording studio.

‪Recording and Filming for something really special today that will be broadcasted on the TV in October! Watch out for it!! I can’t say anymore right now….‬

She wrote: “Recording and Filming for something really special today that will be broadcasted on the TV in October! Watch out for it!! I can’t say anymore right now….‬”

Honey/Anna is also preparing to hit the Christmas public appearance circuit, sharing a VIP meet and greet this week, scheduled for 16th December.

Yo Yo Yo Check out this sick video with me promoting my biggest Xmas Gig Ever!!! 16th December in Greenwich!! PLUS A VERY SPECIAL VIP MEET AND GREET!! YOU BETTER BE DOWN PEEPS!!! To get your VIP MEET AND GREET TICKETS CLICK ON THIS LINK HURRY AS TICKETS ARE SELLING REAL FAST AND THERE ARE ONLY A LIMITED AMOUNT!!! https://www.eventbrite.co.uk/e/honey-g-vip-christmas-meet-and-greet-tickets-52156267801

She wrote: “Yo Yo Yo Check out this sick video with me promoting my biggest Xmas Gig Ever!!!”

It’s a sensible – if a little boring – move for the reality star. But we’re not sure we could buy a house from Honey G with a straight face…

Do you think Honey G should quit music altogether? Leave us a comment on our Facebook page @EntertainmentDailyFix and let us know what you think.