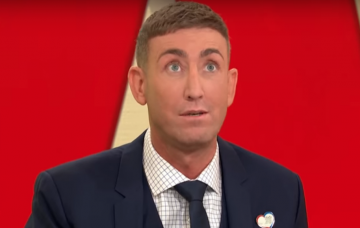 The 40-year-old Liverpudlian elected to undergo the TMS procedure after his mental health deteriorated to the extent he couldn’t leave the house.

And Christopher – who has also endured terrifying bouts of anxiety – is convinced the treatment has been a success for him.

He told Mirror Online: “It’s called Smart TMS and what they do is put a magnetic pulse on your brain and send shocks through to reduce the activity to the right side of the brain which causes anxiety and depression.

“I had that for three months and it’s actually gone into remission because of it.”

Christopher – who has spent tens of thousands of pounds on cosmetic ops such as a nose job, eye lift and a hair transplant – continued: “It spiralled really out of control.

“I wrote about the dark places I was in when I had the breakdown after X Factor and personal things that people don’t know about that I suffered at home.”

The ex Celebrity Big Brother housemate also feels writing his upcoming autobiography Wildcard has acted as a form of therapy.

And he hopes his message will do the same for others whose lives are blighted by similar mental health problems.

“If this book can help one person that’ll be amazing and that’s one of the reasons I actually decided to write it,” he added.