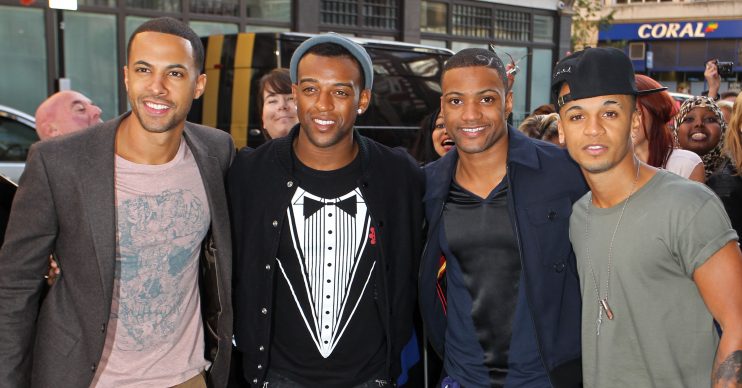 Our hearts can finally Beat Again!

They announced they were going their separate ways six years ago and now X Factor boyband JLS are reportedly making a comeback.

The band – formed of Aston Merrygold, Oritsé Williams, Marvin Humes and JB Gill – shot to fame on series five of The X Factor in 2008, finishing second to Alexandra Burke.

The boys – who were firm friends before finding fame – are still on friendly terms today, so much so that it appears they are about to reunite on stage as part of a huge tour.

A source told The Sun they are in the “early stages” of setting up a huge reunion tour. And it could potential mean the boys also release new music.

And the news is most certainly music to the ears of the band’s fans, with many hailing the potential comeback “amazing”.

They have the best memories from their JLS days and are champing at the bit to give something back to their fans.

The source revealed: “The time is finally right for a comeback, now that everyone has had the chance to do try out other things and fulfil some ­personal goals.”

Marvin is now a successful DJ, JB went off to run a farm and present kids’ telly, Aston forged a career in the West End, while Oritsé – who was recently cleared of rape charges – has released his own music.

“They have stayed really good mates and always loved being on stage together. They have the best memories from their JLS days and are champing at the bit to give something back to their fans,” the source added.

In their heyday, JLS has five number one singles and topped the charts with their self-titled debut album.

“Details are being finalised, but it’s all looking positive,” said the source. “Currently there are just plans for shows and maybe a few new tracks. But if it really takes off it could fully relaunch the band.”

Fans couldn’t be happier, with many saying they were “over the moon” and “couldn’t wait” for the live shows.

JLS reunion….Christmas has come early! My inner 14 year old self is having a moment 😂😂

JLS are coming back and I’m over the moon

If ever there was an X Factor success story as the ratings dip, then it’s most certainly the JLS boys.

Head to our Facebook page @EntertainmentDailyFix and let us know what you think of the reunion.