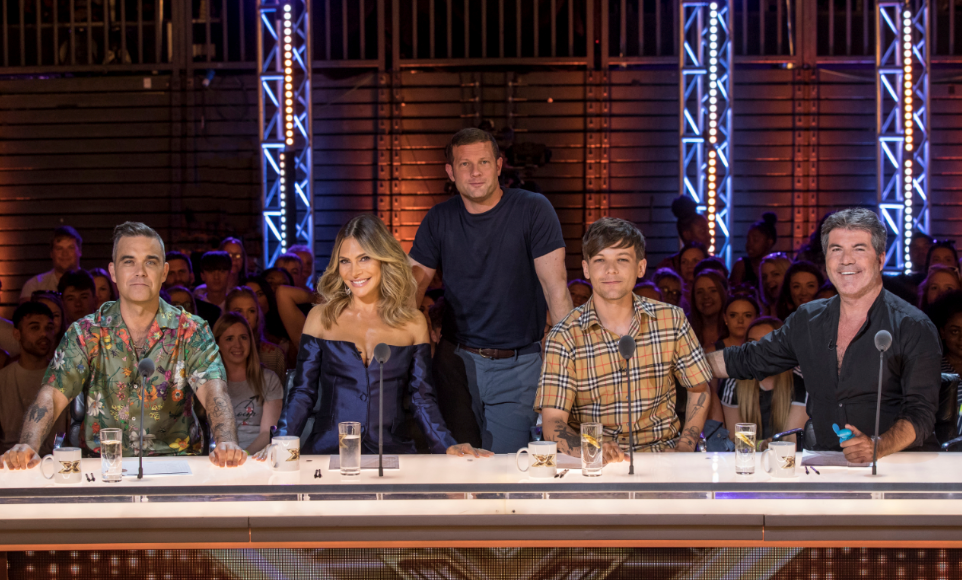 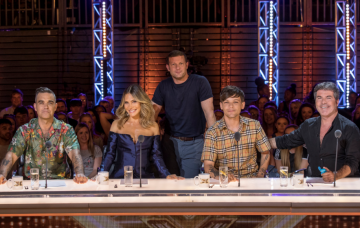 Get ready to cancel your Saturday night plans!

The X Factor will return to screens on Saturday, September 1 at 8pm.

ITV has confirmed the 15th series of its flagship talent show will kick off in less than two weeks, as the brand new judging panel start their search for the UK’s next star.

He’ll be joined by One Direction star Louis Tomlinson, Robbie Williams and Robbie’s wife Ayda Field, best known to many of us as a Loose Women panellist.

Sharon Osbourne, a full time judge last year, will serve as a special fifth judge during the live shows only, giving a neutral point of view.

The new series of X Factor will mark the return of arena auditions in front of judges and members of the public, and of course, we’ll also have the Six Chair Challenge back.

There’s no word yet on which judge has been assigned which category – Girls, Boys, Overs or Groups – or where the judges will take their contestants for Judges’ Houses.

Louis, Robbie and Ayda were announced as the new judges back in July.

For Louis, it will be an extra special occasion as he’ll be the first judge who ever started on X Factor as a contestant! He appeared on the show back in 2010 with One Direction.

They went on to sell more than 150 million records worldwide before going on hiatus. Since then, Louis’ been working as a solo artist, with his debut track, ‘Back To You’, hitting number one in 37 countries.

Louis said: “The X Factor for me made a lot of sense. Development of artists is something I’ve been interested in for a long time.”

“Having been on the show myself I know first-hand that the live shows are like nothing else you would experience,” he added. “I’m looking forward to guiding auditonees through the process.”

Meanwhile, Robbie and Ayda will be the show’s first ever husband and wife judging team.

Former Take That star Robbie has won 18 BRIT Awards and sold more than 75 million records, while Ayda is said to have an “invaluable” insight into how the music industry works.

Robbie said: “For nearly 30 years I’ve been touring. I’ve been wanting to branch out and The X Factor felt like the perfect vehicle. Ayda is my rock, she’s looked after me through thick and thin. I’m looking forward to getting started as a judge!”

Ayda added: “On a professional level I’ve auditioned for years so I know the highs and lows. I know what it takes to help people achieve their dreams. It’s all about the auditionees, it’s an organic process.”

“The fact I get to work with Rob and against him is fantastic!” she added.

Last year’s X Factor was won by the band Rak-Su, making them only the second group to win the show after Little Mix in 2011.

Are you looking forward to the new series of X Factor? Leave us a comment on our Facebook page @EntertainmentDailyFix and let us know what you think!