The former TOWIE star has been the runaway favourite week after week, performing beautiful self-penned songs and wowing both the public and the judges.

But as she took to the stage to sing another ballad she had written herself, fans were left torn.

While many insisted she was their winner, others felt it was a bit repetitive. 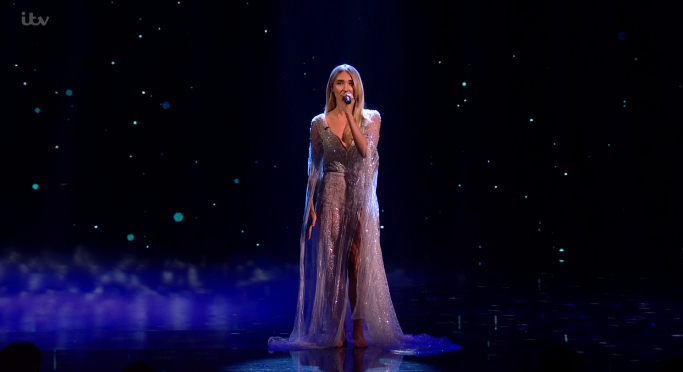 In fact, Nicole Scherzinger also agreed and said although the performance and vocals were stunning, she was hoping Megan would do something a bit more uptempo.

Simon Cowell told her the performance was "as good as week one", but that he also wanted to see her more whacky side. 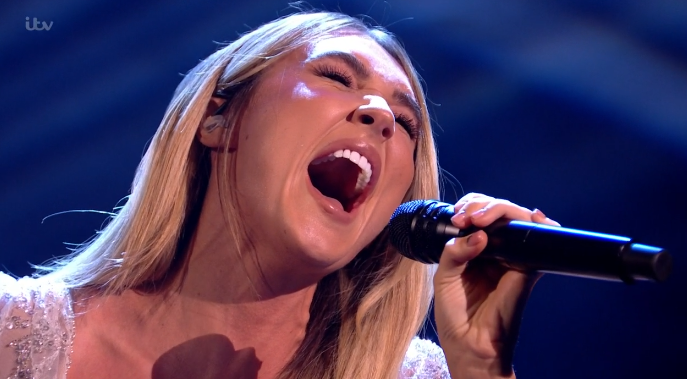 There's no doubt the girl can sing (Credit: ITV)

In response, Megan said: "I can do uptempo, but I love to sing songs from my heart and put everything into it."

Fans at home were in two minds. Some thought it was just too similar to previous weeks.

At least she is actually singing! Great vocal, bit samey each week but deffo the best singer on the show by a country mile. #XFactorCelebrity

Megan stands there every week singing a ballad with the same lyrics as all her other original songs, boring. Make her do a song she didn’t write and actually perform it instead of standing there. #XFactorCelebrity

MEGAAAANN!!! We heard this, your amazing with slow, meaningful songs, but i just can't listen one more of this slow songs, now they just sound the same. Just one happier, little bit faster song. Doesn't have to be jumpy jumpy, just smthing a bit different #XFactorCelebrity

Dunno why people are "booing" @NicoleScherzy ... She's right, Megan should sing something more up tempo... all her songs sound the same. Lovely voice but it's getting boring. #xfactor #XFactorCelebrity #meganmckenna

However there were those that absolutely loved it.

They have continued to insist Megan is definitely the winner.

#XFactorCelebrity is being switched off, the winner has just performed and I no longer care about the remaining acts so peace out twitter ✌🏼

I rarely take to twitter because I don’t really get it but every now and then I feel compelled. @Megan_Mckenna_ tonight your #XFactorCelebrity performance is the reason. Beyond stunning.

Aware I’m probably the only one that watches #XFactorCelebrity⁠ ⁠, but wow, Megan McKenna is soooo talented 🙌🏽

It's not even a competition, Megan is in a different universe #XFactorCelebrity

Elsewhere, fans accused Simon Cowell of 'making it up as he goes along' as he changed the format of the show.

The safe seats have been ditched after the show boss said the public didn't like them.

And the star guest performer, Lizzo, took to the stage at the start of the show rather than halfway through. 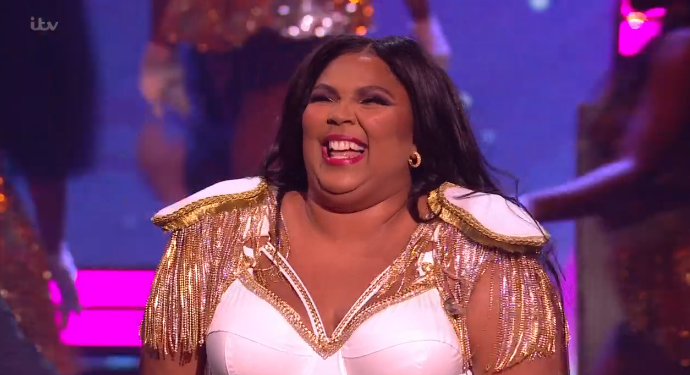 They were also furious with the first ad break coming just SIX minutes in, with many hitting out at the format overall.