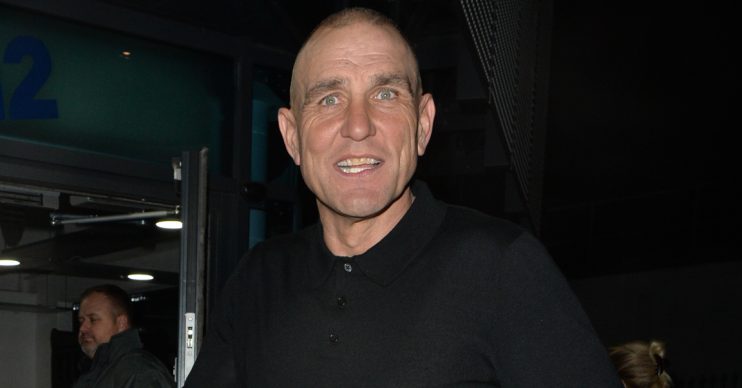 She passed away over the summer…

He recently paid tribute to his late wife, performing a Madness medley and looking to the sky as he sang It Must Be Love.

Now Vinnie Jones has revealed that he speaks to his late wife Tanya “every day”.

And, not only that, he said that he thinks she “summoned” her beloved dog Gypsy “up to heaven to be with her”.

That dog never left her side. But we take a positive view – he’s with Tanya now.

He told The Sun: “I talk to her all of the time. Constantly, every day. We have a little chat when I’m making my bed.”

And he thinks the beloved pooch was “summoned” by his late wife as the pair were inseparable.

Vinnie added: “That dog never left her side. But we take a positive view – he’s with Tanya now. It’s incredible how he died so close to her.”

He added: “They were that close and he was with her when she passed.”

Viewers were shocked when he was saved by show boss Simon Cowell.