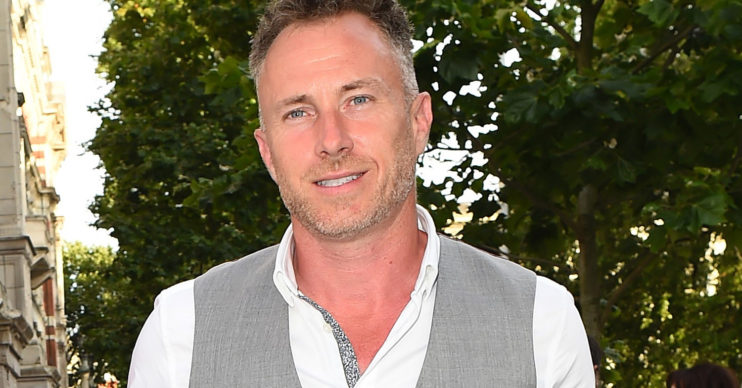 New dad James Jordan has asked fans for their advice after his baby daughter Ella developed a rash.

The former Strictly Come Dancing pro, 42, explained that doctors told him and wife Ola “not to worry” unless their little girl gets a fever.

However, James said his daughter is now getting “spots appearing all over her body”.

The dancer wrote on Twitter on Thursday: “Hi Guys. My baby has a rash on her front and back.

“Doctor says not to worry unless accompanied with a fever. It’s been going on for at least 4 weeks and now spots appearing all over body.”

He added: “Any suggestions of who we can see as I AM worried. Thank you.”

My baby has a rash on her front and back. Doctor says not to worry unless accompanied with a fever. It’s been going on for at least 4 weeks and now spots appearing all over body.
Any suggestions of who we can see as I AM worried

Fans did offer their advice to James with one person replying: “If you’re concerned James, take her to A & E.

Another wrote: “A reaction to moisturiser? A little viral infection? Have you changed milk?

Any suggestions of who we can see as I AM worried.

“If she’s OK in herself and no fever it’s nothing to worry about but I know it’s easy to say.”

A third suggested: “Is it itchy? Is she uncomfortable? It could be an allergy to washing powder or the soap you’re using for her.”

James welcomed his little girl with wife Ola back in February.

Back in April, the couple had to take Ella to hospital on the advice of the NHS after she had been struggling to breathe.

What was wrong with baby Ella?

“She’s okay now, she’s good, but we had a bit of drama last night,” Ola told Hello! Magazine. “We had to go on a trip to hospital. I don’t know where to start.”

James went on: “She hasn’t slept for the last couple of days. She’s been really unsettled, really miserable.

Read more: Ola and James Jordan admit they would love to have more children

“She had a lot of saliva in her mouth and it was almost like she couldn’t swallow properly. It was like she was choking on her own saliva.”

After medics checked her heart and breathing, they found out she had a bad case of reflux.

James said it was “great that it’s not anything more serious” but they want to talk about it because their “hearts skipped a beat”.

Do you have any advice for James? Go to our Facebook page @EntertainmentDailyfix and leave a comment to let us know.