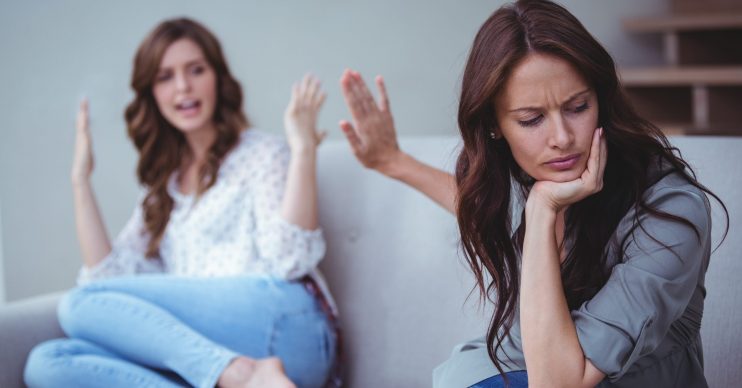 She doesn't pay rent either…

It’s always risky when you decide to offer your friend the chance to inhabit your spare room and become your lodger.

On one hand they’ll always be around for a glass of wine and a natter in front of the box.

But what happens if the friend starts abusing your kindness, coming home with strange men at all hours of the night and not paying their rent?

Well, for one woman, living with her pal looks set to spell the end of what we presume was once a beautiful friendship.

Taking to Mumsnet, one disgruntled home owner has shared her tale of woe after being woken up by her pal having “very loud sex” at 2am.

Asking if she was being unreasonable, the woman said: “I’ve posted about my lodger before. She’s an old friend of mine and things started well.”

She explained: “The first issue I had with her was when she had her partner at the time stay over. I told her I didn’t want men I didn’t know in the house and her partner in particular made me very uncomfortable.”

Read more: Mums rave about £1.30 hero product that gets kids to sleep in 10 minutes

Things should’ve improved when she split up with the guy, but the night before the post the woman had gone on a date with a man she met online and brought him home.

“She does not know this man at all and he is in his 30s (we are both 20s). She then brought him home and woke me up by having very loud sex,” she said.

Still no sleep. They are now having sex again. (Or possibly trampolining on the bed?)  Lord give me strength. I might not need to evict her, I might end up murdering her.

She added: “I have been unable to fall back asleep as I have been quite anxious about having a strange man she’s known for a few hours in the house. He could be anyone for all I know.”

The pal also stopped paying her rent after quitting her job before Christmas “as she couldn’t hack doing nights any more”.

She revealed: “She missed the January payment and has told me she will be unable to pay any extra this month. I will add she always seems to have money for tobacco.”

She now wants the woman to move out. However, she’s worried about evicting her as the pal would become homeless if she did.

“She has no family local apart from her mum and the whole reason she ended up here is cos her mum threw her out,” she said.

“Evict her! Bringing a stranger back in to your house after only knowing him a few hours is disrespectful,” came the first reply.

Another added: “She has to go!”

A third said: “Where she goes is not your problem.”

“I would have thrown her out long ago! She is being unbelievably disrespectful,” said another.

They added: “Friends do not treat other friends like this and she has abused your kindness”

Friends also deserve sleep, but that remained elusive for the woman on the night in question.

Fast-forward to almost 4am and she posted again: “Still no sleep. They are now having sex again. (Or possibly trampolining on the bed?)  Lord give me strength. I might not need to evict her, I might end up murdering her.”

The row rumbled on until the sun came up, with the woman heading into work, leaving the lovebirds in her home and hoping he didn’t do anything untoward.

And, after a text from her pal told her: “I rent from you what I do in my room is my business,” the woman decided to serve her notice.

On her room and their friendship, we suspect.

Head to our Facebook page @EntertainmentDailyFix and tell us what you’d have done.