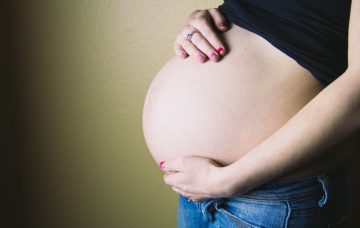 She received a mixed response on Mumsnet

A woman has been branded “ignorant” and “ridiculous” after claiming new mums who take maternity leave “will not have to work for a whole year”.

She was bombarded with furious replies after posting on parenting forum Mumsnet that she was “green with envy” when colleagues took time off to have a baby.

But the woman admitted the reason she was jealous wasn’t because they got to spend the precious first 12 months with their newborn — she was envious that they wouldn’t have to do their job.

“I know this sounds daft, but I can’t help but be green with envy when colleagues go off on maternity leave, knowing they will not have to work for a whole year,” she posted.

“I know they have to look after a newborn which is work in itself, and the money isn’t a lot (but it’s something). But the fact they get to spend a whole year out not even thinking about work makes me feel so envious.

“I haven’t had more than a week off since I started working nine years ago, and every holiday I’ve thought about and worried about work. I’d love to have a reason to not have to think about it.”

Many mums were gobsmacked by the post, with one replying simply: “Have a baby. Then we’ll talk.”

Another wrote: “You sound totally ridiculous and very ignorant. If you want a year off work, have a baby and then come back and tell us how you feel then.”

A third said: “You sound rather naive and unrealistic. Maternity leave is not an easy way to not do some work, plus babies are bloody hard work anyway.”

One Mumsnetter posted of her traumatic experience: “Maternity leave is not any sort of holiday. It’s very stressful, demanding, emotionally challenging and physically draining. As a small example, I lost about a third of my hair.”

Another told the woman: “A year off? Have you got children? Maternity leave is a 24/7 job, with no breaks, trying to keep a mini human alive.

“I’ve just gone back to work after my maternity leave and work is a break compared to being at home! I get to pee in peace and have a hot coffee!”

Others pointed out that a break from work to have a baby can harm a woman’s career.

One wrote: “A long maternity leave often comes back to bite women in the bum later though as they lose out on promotion opportunities or stop taking them altogether. The grass isn’t always greener.”

Some respondents, however, supported the woman. One said: “I totally agree with you. Honestly, for me it was like a holiday.

“I napped. I slept more (yes often disrupted, but overall far more sleep), I spent time with friends, went places. It was awesome!”

A second added: “I get you. It’s a legitimate way to have a break from work without worrying about not having a job to go back to.”

Is maternity leave a break from work or the hardest job there is? Leave us a comment on our Facebook page @EntertainmentDailyFix and let us know what you think!