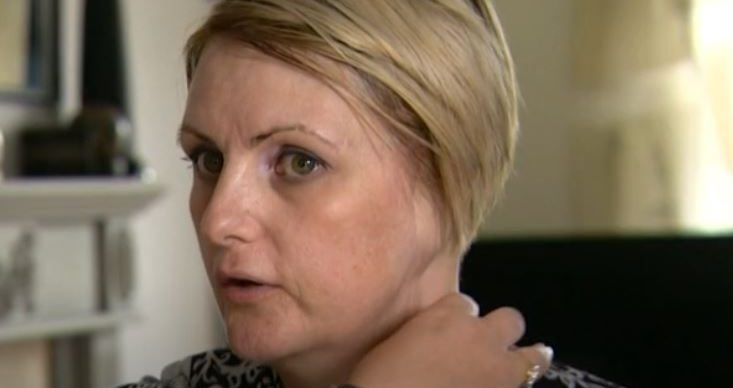 Warning after woman loses an ear due to sunbed addiction

She feels 'guilt' over what she went through

A woman who had to have one of her ears amputated due to skin cancer has issued a stark warning over sunbed use.

Anthea Smith from Bolton said she developed melanoma because of her addiction to using sunbeds and admitted she wasn’t aware of the dangers.

Speaking to the BBC, the 44-year-old said: “Nobody should have to live with what I’m living with just for a tan.

“My whole left ear’s been amputated, and then second operation I had my whole inner ear, middle ear, all my salivary glands on my left side, all my lymph nodes, full temple bone taken from my skull.”

Anthea also described the “guilt” she feels over the fact her melanoma was “self inflicted”, although she had “no level of knowledge” over what could come of using sunbeds.

I was addicted to having a tan and being tanned.

“I was addicted to having a tan and being tanned. Predominantly it was sunbeds because it was quicker and the results were faster.”

Now, cancer charity Melanoma UK has issued a call for sunbeds to be banned.

It follows a petition launched by the organisation in 2018 that called for the controversial beauty treatment to be outlawed.

But despite gaining thousands of signatures, the petition closed with a response from the government saying it did not plan to review the current policy.

On its website, the NHS reveals that sunbeds give off more UV rays that the sun at midday in tropical parts of the world – and the risks are even greater for younger people.

“Sunbeds give out ultraviolet (UV) rays that increase your risk of developing skin cancer (both malignant melanoma and non-melanoma),” it reads. “Many sunbeds give out greater doses of UV rays than the midday tropical sun. The risks are greater for young people.”