If you ever wondered where Holly Willoughby inherited her looks from, then look no further, as the TV favourite has just posted a throwback of her mum Lynne to celebrate her 70th birthday.

Alongside a montage of black and white photographs of her mother, This Morning presenter Holly wrote, "Total and utter mega babe...then and now! My Mumma...70 today!

"Love you beyond... Happy Birthday beautiful."

Fans could not BELIEVE that Lynne is now 70 and joked Holly must have made an error with her age!

In the main picture, Lynne can be seen wearing a white bikini, and fans were quick to point out how much like a Bond girl she looked.

"Happy Birthday Holly's mumma. Was she an 007 Bond girl in that pic?" asked a fan. 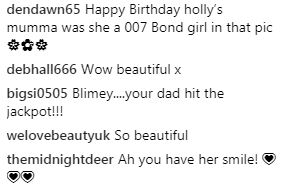 "OMG she's stunning. Bond babe for sure!" added another.

Another joked, "Wow, your dad hit the jackpot!"

And they were shocked by her age! (Credit: Instagram @hollywilloughby)

The other photographs show Lynne from a toddler, all the way through to a teen, and to a more recent photograph of her standing beside Holly.

Fans of Holly, who is now a mum to three of her own children - Harry, eight, Belle, seven, and Chester, three  - couldn't believe Lynne is 70! 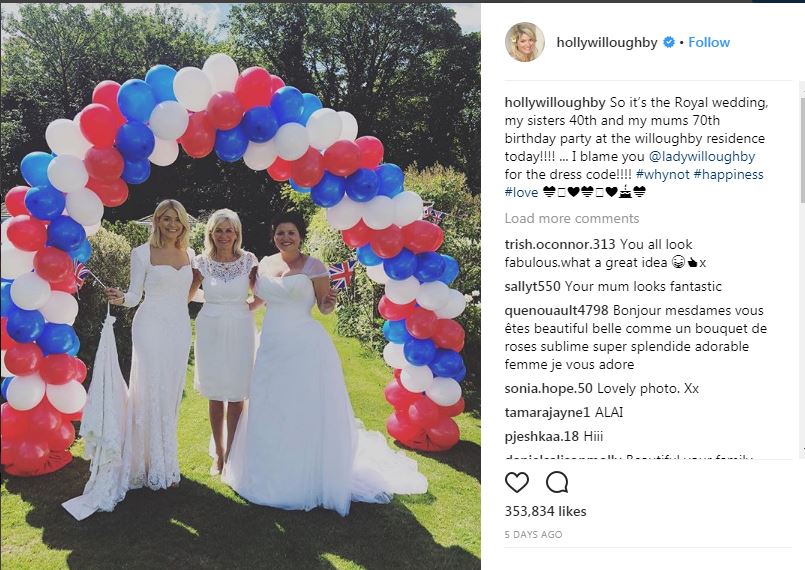 "Beautiful! And doesn't look anywhere near 70!" agreed a fan.

Others also remarked on 37-year-old Holly's resemblance to her mum, commenting, "You have her smile".

Holly's Celebrity Juice co-star Keith Lemon even added, "I'm going to have this printed on a t-shirt!"

You can always trust Keith Lemon to be inappropriate! (Credit: Instagram @hollywilloughby)

Lynne also celebrated her birthday with a 'Royal wedding themed' party last Saturday (the day of Prince Harry's wedding to Meghan Markle), which she co-hosted with Holly's sister Kelly, who also recently turned 40.

All three wore wedding dresses, with Holly recycling the gorgeous lace gown she wore to her 2007 wedding to husband Dan Baldwin.

Viewers were again baffled by Lynne's age, even asking, "Umm...are you sure your mum is 70?"

One follower even believed Lynne to be 40!

Do you think Holly looks like her 'Bond babe' mum? Leave us a comment on our Facebook page @EntertainmentDailyFix and let us know what you think!