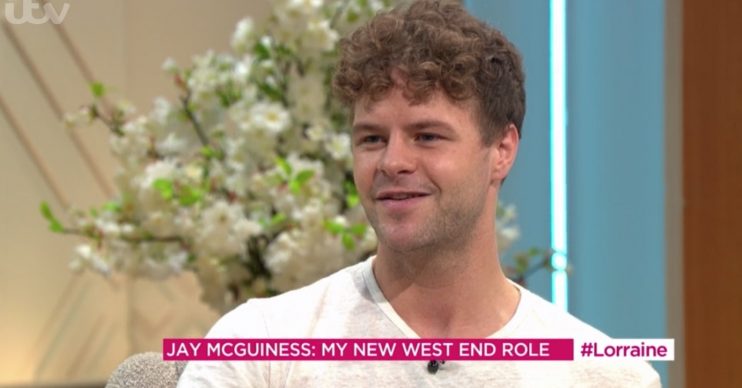 Tips for the top

Jay McGuiness hoisted the Glitterball trophy aloft when he won Strictly Come Dancing in 2015 so he knows what he’s talking about when it comes to winning the dance competition.

Now The Wanted singer, 29, has cast his eye over the new batch of contestants and has tipped two for the top.

Appearing on Lorraine, Jay – who is starring in Big The Musical with fellow ex-Strictly contestant Kimberley Walsh – gave his verdict on this year’s contestants.

“I really like Oti’s partner Kelvin. Amazing stuff. He just came straight out of the gate,” he said.

“Half the battle is just really dancing, even if your steps aren’t perfect, getting your body into it. I just thought, ‘well done him’.”

Next, he admitted that he’s taken with RuPaul’s Drag Race’s Michelle Visage.

“She comes out and is so easy to watch. Very cool. It makes me go, ‘yep, I need to get on Strictly and see what is happening tonight.”

Lorraine also added that she thought that Michelle would be there right at the very end of the competition.

The contestants are gearing up for week two of the dancing competition.

This week’s dances have been revealed and there are some mouthwatering routines to look out for.

Jay’s favourite, Kelvin, will be dancing a classic waltz with partner Oti Mabuse.

Meanwhile, Michelle will be dancing the Viennese Waltz with her partner Giovanni Pernice.