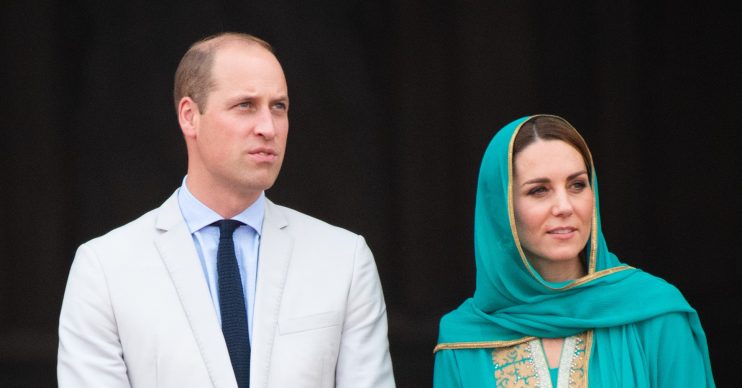 The pilot attempted to land twice but was unable to

The Duke and Duchess of Cambridge have been in a mid-air emergency after the RAF Voyager carrying the couple had to abandon its landing in Islamabad.

The couple are currently on their royal tour in Pakistan and have been flying around all day.

However, a flight they were on had to return to Lahore due to terrible storms in Pakistan tonight.

It’s been said that the pilot tried to land the Airbus A330 plane twice at two different aiports amid a storm and lightning.

According to the Mail Online, Prince William came down the plane to see if everyone was OK and even joked that he was flying the aircraft.

Kate and William arrived in Islamabad on Monday evening at Pakistan Air Force Base Nur Khan, Rawalpindi, before flying to Chitral on Wednesday and Lahore today.

Meanwhile, fans have been speculating whether the Duchess is pregnant with her fourth baby after William reportedly made an unusual request before their trip.

According to Hello!, they made a decision with regards to their overseas tour.

Although it is typical for senior members of the royal family to travel alongside a large entourage during official duties abroad, this time they have their doctor with them.

The couple have also, for the first time, brought with them a tour doctor.

Royal correspondent Rebecca English tweeted earlier this week: “The couple have also, for the first time, brought with them a tour doctor. He’s a friend of William’s from his days with East Anglia Air Ambulance.”

“Is she pregnant?” asked one.

“Anybody else spot a wee baby bump?” posted another.