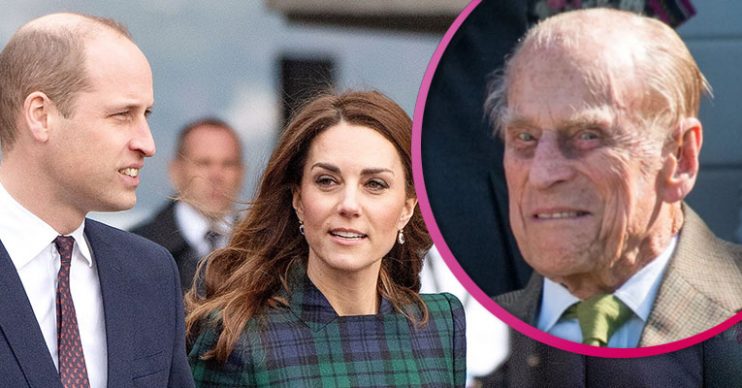 Royal celebrations for the duke's birthday

The Duke and Duchess of Cambridge have sent a sweet message to royal patriarch Prince Philip to celebrate his 98th birthday.

The couple posted a series of pictures to their official Instagram account, showing them laughing with Prince William’s grandfather, who turned 98 on June 10.

They also shared an image of Philip with the Queen and one of the royal family on the balcony of Buckingham Palace, watching the Trooping The Colour ceremony back in 2016, which features Princess Charlotte as a baby.

The message alongside the pictures read: “Wishing a very Happy 98th Birthday to His Royal Highness The Duke of Edinburgh!”

Read more: Couple claim their wedding is ruined by bank holiday being moved for VE Day

The couple’s followers were quick to send their birthday wishes to the prince, too. One said: “How fabulous. 98 and going strong.”

Another said they missed the Duke of Edinburgh on the balcony of Buckingham Palace this weekend. He has retired from official duties so didn’t attend the Trooping The Colour ceremony, which saw Meghan Markle briefly return to her royal duties.

The fan said: “Would have been lovely to see him on the balcony over the weekend. Hope he is well. Happy birthday duke!”

Another added: “Wishing him good health and happiness in his 99th year.”

Prince Harry also sent his grandfather birthday wishes via the social media account he shares with his wife Meghan Markle.

He posted a picture of himself and Philip laughing together, as well as a throwback shot of the duke dancing with the Queen.

He also included a birthday cake emoji at the end of his super-sweet message.

Not to be left out, Prince Charles also celebrated his father’s birthday via Instagram.

He posted a picture to the Clarence House account that showed the future king as a toddler, holding the duke’s hand after he returned home from a trip to Malta.

The duke is celebrating his 98th birthday privately, but it is understood that he will have a small party to mark the occasion.

The prince’s birthday was also marked with a 41-gun salute in London’s Hyde Park.

Head over to our Facebook page @EntertainmentDailyFix to send your birthday wishes to Prince Philip!