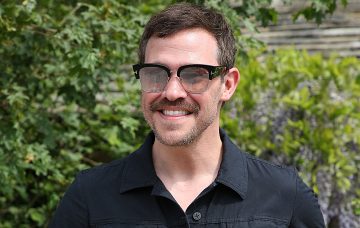 Will Young claims he was “persecuted” in the early days of his career.

The Leave Right Now hitmaker – who came out as gay shortly after winning Pop Idol in 2002 – is happy times have changed since he first shot to fame as he no longer feels afraid to “rock the boat” because he is confident in himself and knows his relationships and choices have “legal backing” that wasn’t there before.

Read more: Wes Nelson breaks down in tears as he talks about Megan split

He said: “Things have changed a lot since I won Pop Idol and I didn’t even realise in the past how persecuted I was as a gay man.

“At times I felt scared and I didn’t want to rock the boat for my career.

“But now, that feels archaic. We’re in a different age and I’m more confident in myself and I also have legal backing that I didn’t have before.

“Civil partnerships, gay marriage, gay adoption, being able to feel secure in your relationships – all these things have made me, as a gay man, feel more secure.”

The 40-year-old pop star believes inclusivity should be taught and differences celebrated from a very young age.

Speaking to HELLO! magazine, he said: “Inclusivity must start at the youngest age possible – why would it not? It’s really important because every child is different. We’re all unique.”

He went on to add “difference should be celebrated from the youngest age” and that it’s not only about who you love, but everything about your life down to “where you live” and what you eat.

The singer insisted “children are equal” and “should never be made to feel abnormal,” before continuing that kids don’t have prejudices when they are born, so we shouldn’t condition them.

Will was a contestant on Strictly Come Dancing in 2016, but left the show after just two weeks for “personal reasons”.

Despite reports at the time claiming he quit after clashing with professional dance partner Karen Clifton, Will later confirmed his departure came due to his own concerns for his mental well-being.

Media speculation also laid the blame for his exit on Will not being receptive to criticism, particularly after he told Len Goodman to “shut up” after the judge commented on his salsa dancing.

However, Will revealed the depths of his depression to Event magazine – and how he was worried being involved in Strictly could do him “real damage”.

“I was unwell. In the weeks leading up to Strictly, all I could think about was how could I get out of doing the show.

“I knew I didn’t have the strength, that I wasn’t in the right place and that I would do myself real damage.”

He added: “I actually looked into the easiest way to break my legs so I couldn’t dance. That’s how bad it was.”