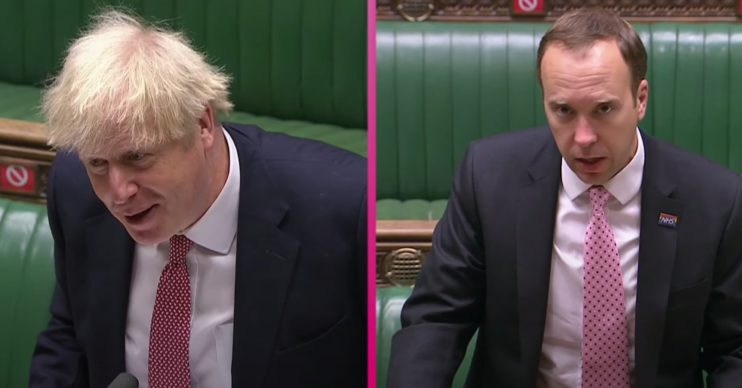 Will there be a second lockdown in the UK? How scientists and the government see it

PM has declined to rule out a second national lockdown

With Boris Johnson’s ‘northern lockdown‘ expected to come into force from Monday October 12, fears are rising a second UK lockdown could be on the way.

The Prime Minister has previously warned Brits they have made “too many breaches” of coronavirus rules.

And with evidence suggesting local lockdowns have little effect on stemming infection rates, Mr Johnson has declined to rule out a second national lockdown.

Plans for harsher, ‘three tier’ restrictions are believed to be in place in an attempt to bring the spiralling R rate under control.

Read more: Lockdown ‘across the north of England from Monday’ plans provoke fury and ‘threats of resistance’

But with Scotland banning the sale of alcohol indoors for 16 days from Friday, could a wider, blanket quarantine be imminent?

We need to take much more stringent measures… countrywide.

They made it clear that virus infections are doubling every week, with the biggest increase seen in 18-29 year-olds.

Professor Whitty urged everyone to “collectively take this very seriously”.  And Sir Patrick insisted the UK must “act fast” to avoid terrible consequences from “exponential growth”.

Professor Whitty explained: “This means they are taking on behalf of society a big step forward to keep the virus out of circulation – this is a critical part of the response.”

What do politicians say about a second lockdown in the UK?

Since then Mr Johnson has urged those who can to work from home. He has also introduced a 10pm curfew for pubs and restaurants. Bigger fines for those not wearing face masks when appropriate have also been brought in.

Furthermore, the Chancellor Rishi Sunak suggested on Tuesday (October 6) that a nationwide lockdown was “not appropriate”.

However, this approach may not match the science behind the spread of the deadly virus.

And similar to the PM, Foreign Secretary Dominic Raab has noted a second full national lockdown can’t be ruled out. However, he added that the government would “take every effort to avoid that”.

Health Secretary Matt Hancock has also echoed the Foreign Secretary and PM by emphasising that tackling coronavirus on a local level is preferable.

Mr Johnson said last month he “did not think we will be in that position again”. He also said he hoped for a “significant return to normality” in time for Christmas.

“I can’t abandon that tool any more than I would abandon a nuclear deterrent,” he said of a second lockdown.

“But it is like a nuclear deterrent, I certainly don’t want to use it. And nor do I think we will be in that position again.

“It’s not just that we’re getting much better at spotting the disease and isolating it locally. But we understand far more which groups it affects, how it works, how it’s transmitted. So the possibility of different types of segmentation, of enhanced shielding for particular groups, is now there.”

The Prime Minister’s spokesman added: “[The PM] believes having national measures in place, and then having more stringent measures in areas where there is a higher prevalence of cases, remains the correct approach.”

What do other scientists say about a second lockdown in the UK?

However, Professor John Edmunds, a member of SAGE, has said measures such as curfews are unlikely to be effective enough.

He said: “I suspect we will see very stringent measures coming in place throughout the UK at some point. But it will be too late again.”

Professor John Edmunds also told BBC Newsnight that current localised restrictions are “not working” and are merely “delaying the inevitable”.

“These local restrictions that have been put in place in much of the north of England really haven’t been very effective,” he said.

“We need to take much more stringent measures. Not just in the north of England, we need to do it countrywide, and bring the epidemic back under control.”

And according to the Huffington Post, Dr David Strain of the University of Exeter is at a loss to understand why the ‘rule of six’ has not been expanded.

“The PM has acknowledged that the majority of transmission is happening socially,” he said.

“But has opted to continue to allow up to six different households to meet in an unregulated manner.”