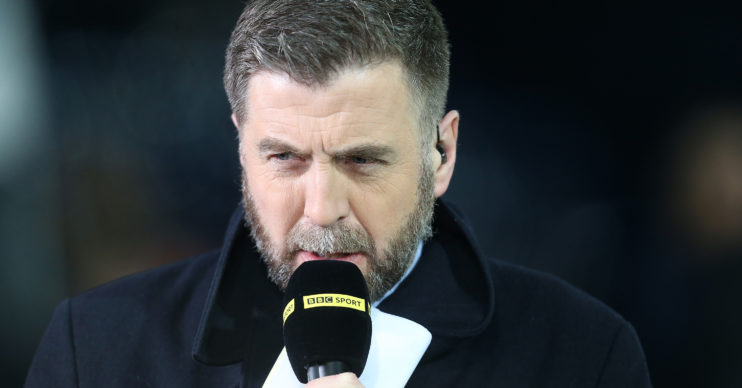 Sara, 44, passed away on Wednesday, June 3, surrounded by her family.

“Sadly Sara passed away on June 3,” a source told The Sun.

“Mark and the kids are absolutely devastated.

“The family was there and it’s just a really sad situation.

“They’re an extremely private family and would appreciate people respecting that.”

The family was there and it’s just a really sad situation.

Mark and Sara married in 2001 and have three children aged 17, 12 and six, and live in Hale, Greater Manchester.

Mark currently hosts Match of the Day 2 and Final Score on BBC2, as well as 5Live football show, 606, and The Monday Night Club.

Final Saturday 5live sport of 2019 for me. Still an honour to present it, still as enjoyable to present as the first day I did it and still with the two best theme tunes for the show itself and Sports Report!

Mark has previously said of his family: “I know my family are very proud of me but I don’t look at what I do as being anything particularly special.

“I’ve got a great job and it’s so much fun but I don’t go in for any of that celebrity nonsense.

“I’d much prefer a pint at The Railway any day.”