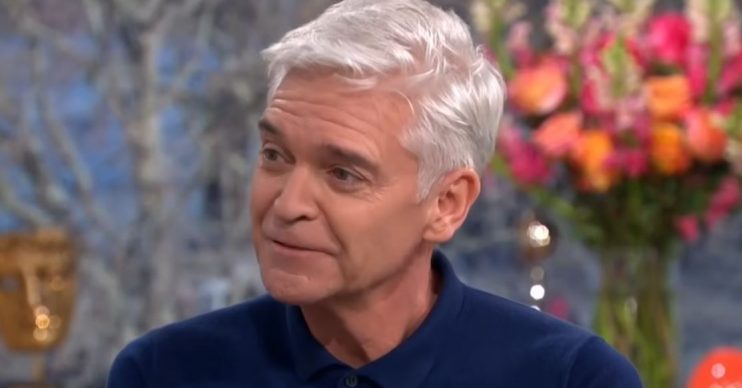 Why Phillip Schofield has chosen now to come out as gay

Presenter Phillip Schofield fought through tears on This Morning as he sat beside his close pal and co-host Holly Willoughby after announcing he’s gay.

He broke the news in a statement shared on his Instagram Stories earlier today (February 7 2020), and when he talked through his decision to come out, he was overcome with emotion at the love and support from his family and friends, as well as his This Morning colleagues and viewers at home.

Read more: Phillip Schofield says there is ‘no one’ else as he rules out gay romance for now

And he made it clear exactly why has chosen now, after 27 years of marriage with his wife, Stephanie Lowe – with whom he shares daughter Ruby and Molly – to live his truth.

In his statement, which Holly read out for viewers, Phillip spoke of how keeping his sexuality secret had consumed him inside over the last few years and brought him to “dark moments”.

He also spoke of how society has moved on a lot since the early days of his career.

“My inner conflict contrasts with an outside world that has changed so very much for the better,” he wrote.

“Today, quite rightly, being gay is a reason to celebrate and be proud.”

Phillip was also inspired to come out as gay because of all the incredibly brave people he gets to interview as part of his job on This Morning.

He wrote: “Every day on This Morning, I sit in awe of those we meet who have been brave and open in confronting their truth – so now it’s my turn to share mine.”

That’s principally the reason that I’ve done this.

In his chat with Holly, Phil spoke of how he couldn’t keep his secret in any longer – and revealed that looking after his mental health was the main reason he decided to go public with his sexuality.

He said on the programme: “I have made this decision, which is essential for me and essential for my head, and that’s principally the reason that I’ve done this.”

Later in their chat, Holly asked: “I guess there’ll be people watching this that think, why now? Why is this the moment?

“It’s a good question,” Phil replied. “The thing is, you know this has been bothering me for a very long time.

“And I think everybody does these things at their own speed, at their own time, when they feel the time is right, and there’s no question that it has in recent times consumed my head, and has become an issue in my head.

Read more: Holly Willoughby sends message of support to Phillip Schofield after he comes out

“Because all you can be in your life is honest with yourself, and I was getting to the point where I knew I wasn’t honest with myself.

Following Phil’s announcement, both his celebrity friends and loyal fans rushed to offer messages of support.