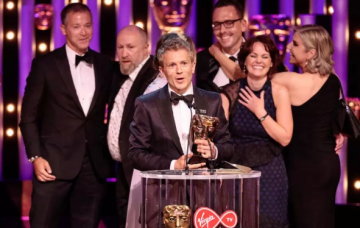 WHY did Casualty beat Corrie and Emmerdale to the BAFTA this year?

Surprises all round as it scooped Best Soap & Continuing Drama

It’s been a Saturday night TV staple for over 30 years, drawing in a not insignificant number of viewers each and every week. But Casualty is often overlooked when it comes to awards.

Not so last night, as the serial drama beat off some serious competition from Corrie, Emmerdale and Hollyoaks to win this year’s BAFTA for Best Soap & Continuing Drama.

George Rainsford, who plays Dr Ethan Hardy, looked stunned – as well as obviously thrilled – as he delivered the acceptance speech on behalf of his colleagues. 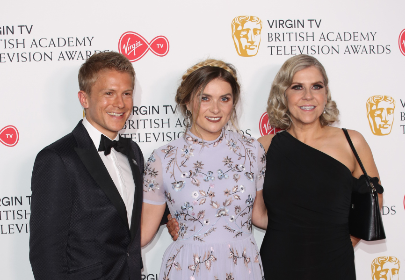 “Thank you, this is absolutely incredible. Thank you to BAFTA for this, and for a wonderful evening,” he told the audience.

“We’d like to thank everyone who watches the show. The doors of Holby City Hospital have been open for 32 years now, which is an amazing achievement when you consider the dubious mortality rates of both the patients and staff there.”

The soaps are at the top of their game right now, with Coronation Street receiving acclaim from its fans and the professional critics for the David Platt rape storyline and Aidan Connor’s suicide in recent months.

Emmerdale, meanwhile, has been praised for the conclusion to Rhona’s rape ordeal last summer, and more recently Ross’ acid attack.

These plots garner a lot of publicity – rightly – as they are spreading awareness about important issues.

But Casualty is also delivering important stories to its loyal fans. In the past year, it has covered some incredible plots, delighting its loyal viewers…

Here are three of the best Casualty stories from the past 12 months:

Glen and Robin tied the knot in a beautiful, intimate ceremony at the end of March, the groom keeping his latest cancer diagnosis a secret. Tragedy struck as the newly married couple were involved in a car accident as they headed on their honeymoon. Both survived, but Glen died shortly afterwards in his hospital bed.

The clinical lead had been hiding a very dark secret – last summer he looked on as his brother Cal’s killer Scott Ellison died in the hospital, when he could have tried to save him. He was guilt-ridden when he discovered Scott’s girlfriend Leigh-Anne was heavily pregnant – and he then delivered the baby!

Happy ever afters DO very occasionally happen in the world of continuing drama, as Casualty reunited one of its most popular couples in January. Zoe (played by Sunetra Sarker) returned to discuss divorce with porter husband Max, and it looked as though the couple were calling time on their marriage for good, despite being so obviously still crazy about each other. And then Max turned up on her flight and told her he wanted to be with her. Awwww.

What have been your fave stories and which characters do you love most? Leave us a comment on our Facebook page @EntertainmentDailyFix and let us know what you think!