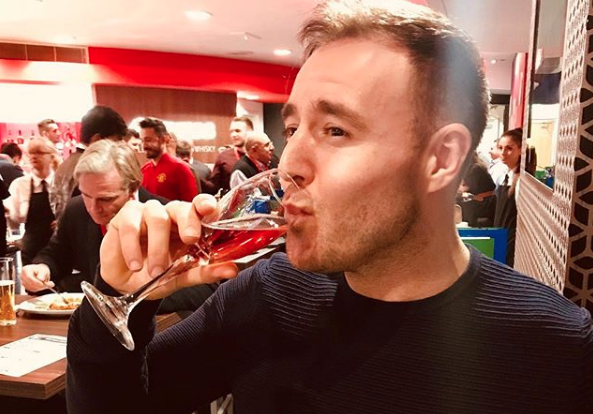 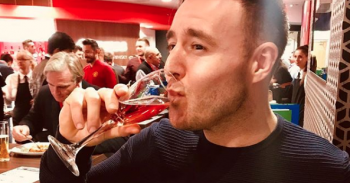 He and Tisha Merry have been growing close

Corrie star Alan Halsall has a new girlfriend in his life, according to a newspaper report – but he is said to be reluctant to ‘go public’ with his new romance.

The newspaper also claims Tisha, 25, has met members of Alan’s family, including daughter Sienna – who he shares with ex wife Lucy-Jo Hudson.

Alan and Lucy-Jo split last year after nearly a decade together.

The exes previously went their separate ways in 2016, but revived their relationship. They confirmed they were breaking up for good and divorcing in May of last year.

Within weeks Lucy-Jo, 35 – who played murderer Katy Harris on Corrie between 2002 and 2005 – revealed she was dating panto co-star Lewis Devine.

However, while Steph Britton star Tisha has popped up on Alan’s Instagram account, neither of them have indicated they are seeing one another.

And according to The Sun, unnamed sources close to Alan have insisted he and Tisha are “just good friends”.

An insider is reported to have said: “Alan has been through a really tough time but he’s never moaned or groaned and has kept his dignity throughout.

“But now he’s happy again and spending a lot of time with Tisha. He absolutely deserves to be happy and all his friends and family are overjoyed for him.”

It is also speculated Alan and Tisha grew close as they took part in keep fit sessions together.

He also recently shared a snap of them at a rugby league game together.

Last week Lucy-Jo hinted Alan has ‘moved on’ romantically as she insisted that life goes on after divorce on her social media.

Responding directly to one commenter, Lucy-Jo typed: “He’s moved on as well.”

ED! has contacted a representative for Alan and Tisha for comment.