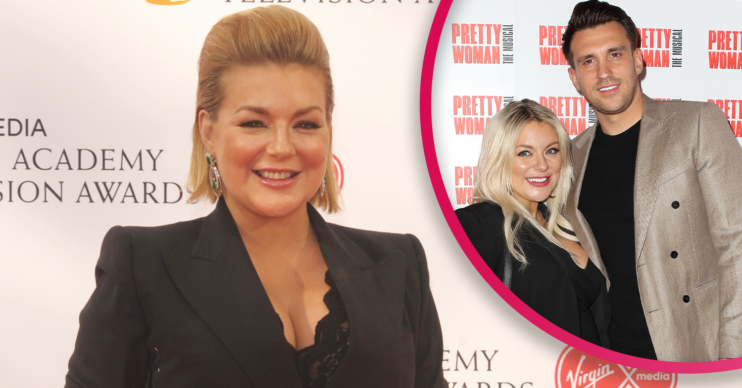 Who is Sheridan Smith dating? Star reunites with ex two months after split from fiancé

Sheridan and Jamie split in July

Sheridan Smith has revealed she’s dating a new flame – and not just any new flame, it appears she’s back with her ex-boyfriend.

The actress announced her split from former fiancé Jamie Horn in July.

And now, two months later, Sheridan has introduced fans to the new/old man putting a smile on her face.

Who is Sheridan Smith dating?

Sheridan has come over all Little Mix on us and given a shout out to her ex.

And, not only that, she admitted that they had first got together 20 years ago.

Sheridan revealed: “So pleased this fitty I dated back in the day (20 years ago) is back in my life!

She also shared one of Alex’s acting headshots where he did, indeed, look like a total “fitty”.

What happened with Sheridan and fiancé Jamie?

Jamie and Sheridan met on dating app Tinder three years ago and share son Billy together.

He was born in May 2020 and the pair were engaged to be married.

However, announcing their split in July, Sheridan said the pair had decided to have some “time apart”.

A statement read: “It is with great sadness that we have decided to have some time apart.

How did fans react to Sheridan’s happy news?

Many replied to Sheridan’s post and told her: “It’s meant to be.”

Another added: “The deepest of connections always last the longest of life’s journeys. So pleased you’re back in a good place.”

Meanwhile, a third declared their reunion was “written in the stars.”

So what do you think of Sheridan reconnecting with her ex? Tell us on our Facebook page @EntertainmentDailyFix.