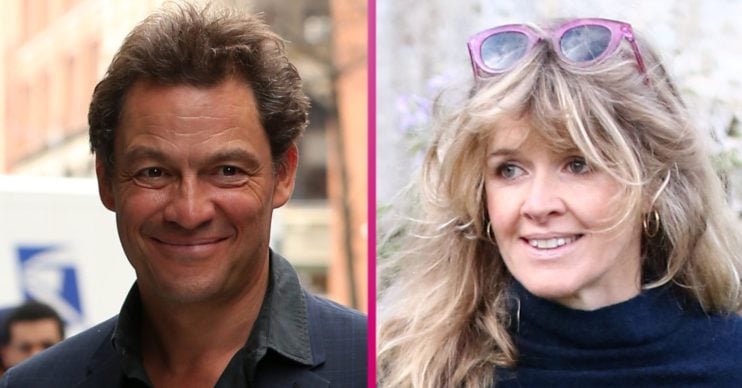 Who is Dominic West and who is his wife Catherine Fitzgerald?

The star played murderer Fred West in the latter production, which landed him a BAFTA for Leading Actor.

Who is Dominic West married to, does he have children and where does he live? Read on to find about more about the star of US TV series The Affair.

Who is Dominic West?

Dominic West is a British actor. He was born on October 15, 1969 and is originally from Sheffield, South Yorkshire.

Dominic West and his wife Catherine Fitzgerald have been married for 10 years.

They tied the knot in June 2010 in Glin, a village in the northwest of Ireland’s County Limerick.

At the time, The Irish Times reported that Catherine said, as she arrived at the church via horse-drawn carriage and wearing a cream gown designed by pal Siana Yewdall: “I feel so excited, really happy, really thrilled. It’s a fairytale.”

She is a landscape gardener and designer, having worked on projects at places such as Northern Ireland’s Hillsborough and Glenarm castles.

Does Dominic West have children?

Yes, Dominic West has children. His eldest, 22-year-old Martha, is from his relationship with ex Polly Astor.

Dominic and Catherine have four children – daughters Dora, 14, and Christabel, five, and sons Senan, 12 and Francis, 11.

Where does Dominic West live?

Their castle property is the 14th-century ancestral home of Catherine’s family.

According to a 2018 Esquire article, it spans 380 acres and contains 15 ensuite bedrooms. Moreover, it some secret bookcase doors.

What happened with Dominic West and Lily James?

Dominic West was this month pictured, in photographs obtained by the Mail, kissing former Downton Abbey actress Lily James, 31, during a trip to Rome.

Despite being married, he appeared not to be wearing a wedding ring.

Since then, the actor has shown a united front with wife Catherine outside their home, kissing her on the lips.

They said in a handwritten note that their marriage is “strong” regardless of the reports.

The couple wrote: “Our marriage is strong and we’re very much still together. Thank you.”