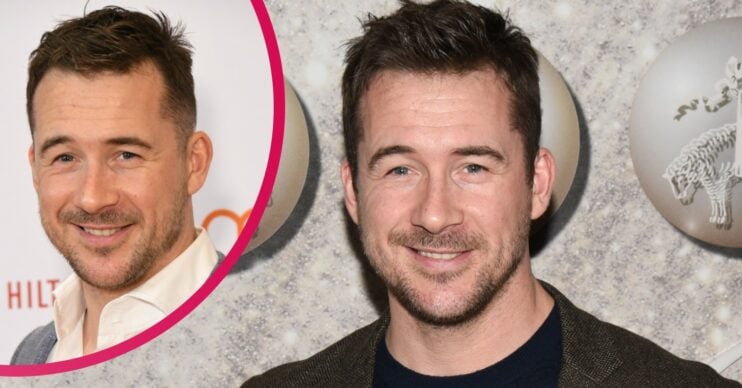 Long-time viewers of Hollyoaks will know who Barry Sloane is following his award-winning stint as serial killer Niall Rafferty.

But for those who don’t know who the new star of ITV’s The Bay is, read on, as you’ll find everything you need to know about him right here!

From his award-winning stint as a serial killer on Hollyoaks to his new role in The Bay, we’re going to be covering all things Barry here!

How old is Barry Sloane?

He trained as a musician and an actor before he got his big break in the film, In His Life: John Lennon. Barry was in his very early twenties when the film came out in 2000.

Read more: The Bay series three on ITV1: How many episodes is it, what’s it about, and what happened to DS Lisa Armstrong?

He played the role of Ivan in the movie, which detailed the teenage years of music legend John Lennon.

What else was Barry Sloane in?

In 2002, Barry started appearing in Brookside, the soap opera set in his hometown of Liverpool.

He played the role of Sean Smith for 65 episodes before he left the show in 2003.

In 2007, Barry joined the cast of Hollyoaks. He played the role of Niall Rafferty, a mysterious character turned serial killer. Barry was a hit in the role and was nominated for a National Television Award for his performance as Niall.

The Liverpudlian actor has also appeared in Holby City, and in Revenge, an American TV show. Between 2015-2017, he appeared in Longmire.

Fans of the Call of Duty franchise may recognise Barry too. He played the role of Captain Price in both Call of Duty: Modern Warfare, and Call of Duty: Black Ops Cold War.

Who is Barry Sloane married to?

Barry has been married to his wife, Katy O’Grady, since 2013. Katy is perhaps best known for finishing in fifth place on Sky One’s Project Catwalk back in 2008.

The couple has two children together. Their first child, Gracie Bluebell Sloane, was born in 2010.

They welcomed a son, Lennon Michael Sloane, into the world back in 2016.

Barry announced the birth of his “beautiful boy” on his Twitter back in 2016, saying he was “so proud” of his “amazing wife”.

Who does Barry Sloane play in The Bay?

Barry will be making his debut in ITV’s The Bay tonight (Wednesday, January 12).

The show will be returning for its third season, with a new lead fronting the show.

Marsha Thomason will be playing DS Townsend. The new character will find herself thrown into the deep end when a body is found on the beach of Morecambe Bay.

Barry will also be appearing in the show, playing Mr Chris Fisher.

He’s the head teacher at the local school, and dating DS Jenn Townsend.

Not much else is known about Barry’s character yet, so fans of the actor will have to tune in to learn more!

The Bay airs on ITV and ITV Hub tonight (Wednesday, January 12) at 9 pm.