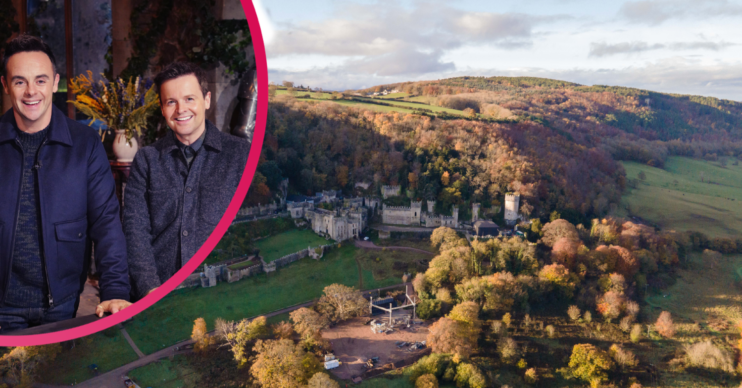 Where is the I’m a Celebrity castle and can you book a stay there?

I'm a Celebrity is back in the castle again this year

I’m a Celebrity finally returns to our screens this month, with the latest batch of celebrities due to enter the chilly Welsh castle very, very soon.

A far cry from the Australian jungle, due to COVID restrictions, the show will be set in the UK again this year.

The crumbling castle is the same one used for filming last year, when the show was forced to film outside of Oz for the first time since it first aired.

But what do we know about the castle they’ll be staying in? And can us mere mortals book a stay there too?

Read on for all you need to know

Where is the I’m a Celebrity castle?

This year’s I’m a Celebrity will be set in the dark and damp delights of Gwrych Castle.

Gwrych Castle is in a lovely town called Abergele which is home to beautiful countryside and sandy beaches.

The town is situated in North Wales, right next to the Irish sea coast.

Can regular people stay there?

Sadly, the castle is not available for overnight stays

However, the park it sits in is usually open to the public and they even host fantastic events at the castle.

You can even experience a haunting ghost hunt around the castle if you’re brave enough!

When was the castle built?

Gwrych Castle was built between 1812 and 1822 by Lloyd Hesketh Bamford-Hesketh as a memorial to his mother’s ancestors.

However, during World War II the castle was sold and used as part of Operation Kindertransport, ending nearly 1000 years of continuous family ownership.

In the 1900s, the castle was intended to be an Opera Centre and Hotel by an American property that purchased it.

Unfortunately, the sale fell through and instead the castle was asset-stripped and left to ruin.

Many Cclebs who were on the show last year have shared their thoughts on what it’s actually like to stay at Gwrych Castle.

Jordan North said to Vick Hope on BBC Radio 1: “It was awful. I think it’s a lot harder. I think it is a bit more sinister. The trials feel more dark and sinister.”

On I’m a Celeb’s spin-off show The Daily Drop, Ant McPartlin also commented: “We’ve spoken to them down at the trials and we said: ‘Is it cold in there?’

“They said it’s that cold that you never, ever get warm.”

Read more: All the I’m a Celebrity winners in the show’s 20 year history

One of the big issues the castle has at the moment is that it has no electricity and water.

As a result, the Gwrych Castle Preservation Trust owner Mark Baker has launched a campaign – called Turn the Lights and Taps – on to raise money to restore power and water.