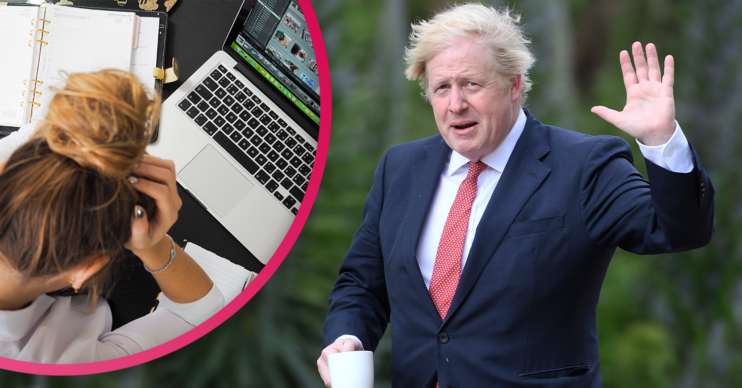 When will schools reopen? Boris Johnson ‘steps up plans to send kids back’ amid fears they’ll become a ‘lost generation’

SAGE are warning it's too soon, though

Parents wondering when schools will reopen may have been given a glimmer of hope by Boris Johnson today (February 2).

It’s been reported he’s given the go ahead to step up preparations to get kids back in school.

Boris is thought to be eyeing March 8 for the return to school date – which means there could be as little as a month of home schooling left.

However, SAGE has warned against the idea, saying it’s just too soon.

When will schools reopen? What has Boris said?

The PM is said to be thrilled with the drop in the number of coronavirus cases and deaths.

In fact, Chris Whitty has apparently told Boris that we are now past the peak of the current wave of the virus.

The government‘s vaccination drive is also going well, with over-65s thought to be able to book appointments from next week.

We must get children back to school to prevent our kids becoming part of a lost generation.

And reports suggest that every single adult in the UK could be vaccinated as soon as May.

As such, it’s thought the PM has stepped up preparations to get kids back into school by early March.

The news comes as Children’s Commissioner Anne Longfield urged the government to vaccinate teachers and support staff before the under-70s.

This would enable schools to reopen their doors sooner rather than later.

She told The Sun: “We must get children back to school to prevent our kids becoming part of a lost generation.”

As it stands, England’s current lockdown is in place until March 8.

What has SAGE said about schools reopening?

Experts at SAGE aren’t keen on Boris’s plans to send kids back to school.

They say that it’s far too soon to do so.

The level of outbreak is too high, SAGE’s Calum Semple warned and, as such, March 8 could be too early to reopen schools.

He told BBC Radio 4’s Today programme: “The challenge here is that if you do open schools and everything else stays closed, then clearly you will get some increased transmission associated with schools as a whole and with the teenagers.

“And that will add to the problems of the so-called R number. So we really do need to get transmission down a lot further, in my opinion. “

He added: “Much, much further because we’re still at very high levels of transmission within the community.”

Semple added that it would be “great” to reopen schools in a few weeks’ time, but he doesn’t think we’re “there yet”.

He revealed: “It would be great if we can do it in about a few weeks’ time. But I personally don’t think we’re there yet.”

It comes as mass door-to-door testing for the new South African variant starts in eight parts of England today.

People living in the affected areas have also been told to “think twice” about leaving their homes.

The new variant, much like the mutation found in Kent, is said to be more contagious than the original COVID-19 virus.