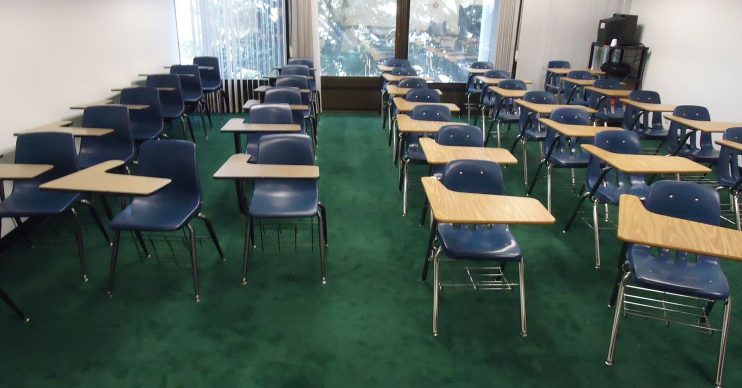 When will schools reopen in the UK? Coronavirus has forced closures across Britain

The Government announced the school closures this week

The UK government has announced that all schools across Britain are to close from Friday, March 20 due to the ongoing coronavirus crisis.

Education Secretary Gavin Williamson made the announcement in the House of Commons on Wednesday (March 18), where he said that all schools would be closed “until further notice”.

He announced: “It is clear that schools are increasingly finding it more difficult to continue as normal… I want to provide parents, students and staff with the certainty that they need. After schools shut their gates on Friday afternoon, they will remain closed until further notice.”

But not all children will be required to stay away.

When will schools reopen in the UK?

There’s no word yet when exactly schools in the UK will reopen, as no one knows how long the coronavirus outbreak will continue to force all Brits to avoid non-essential travel and contact with each other.

They will remain closed until further notice.

Ahead of the UK-wide announcement, news broke that schools in Scotland and Wales were due to close.

Scotland’s First Minister, Nicola Sturgeon, warned that people should not assume they will be opening after the Easter holidays.

She also admitted she had no idea when they would be back to normal.

What is happening with UK schools?

Once schools close their doors on Friday, they will remain closed for the foreseeable future.

But the Government has confirmed that some students will be allowed to continue attending.

In his speech from Downing Street yesterday (Thursday, March 18) afternoon, Prime Minister Boris Johnson explained that the children of keyworkers, as well as kids who are considered vulnerable, would remain in school for the time being.

The PM told gathered reporters: “We think now that we must apply further downward pressure with that upward curve by closing schools.”

He went on to thank Britain’s teachers and said they will form a “critical part of the fight back” against coronavirus by looking after children of key workers, including NHS staff.

Are all exams cancelled because of coronavirus?

Many are now wondering what the schools closures will mean for all those who were due to sit important exams in 2020.

Education Secretary Gavin Williamson, who confirmed GCSEs and A levels would be postponed amid the coronavirus outbreak, appeared on Good Morning Britain today (Thursday, March 19) to answer questions around exams set to take place this year.

Confirming that more information on exams would be issued this week, he told hosts Ranvir Singh and Adil Rey: “We’re not cancelling GSCEs or A levels – just to be absolutely clear. But exams aren’t going to be taking place. We will bring out the details tomorrow.”