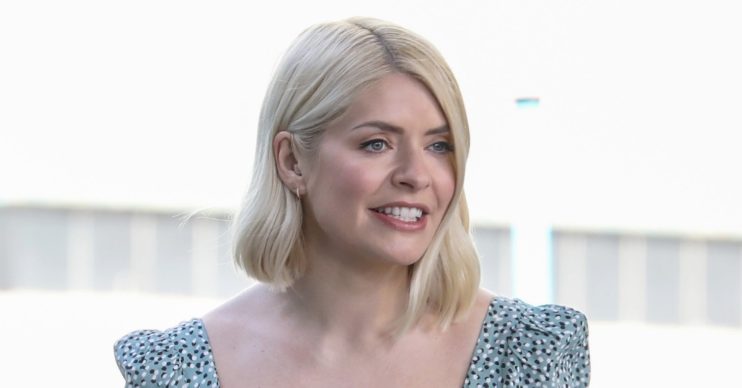 When is Holly Willoughby back? This Morning star’s return date confirmed

Rochelle Humes is filling in as host

Holly Willoughby has taken an extended break from This Morning – but when is she back?

The 40-year-old presenter usually joins Phillip Schofield on the sofa every Monday to Thursday.

Instead, Rochelle Humes has stepped in to host the programme this week. Here’s everything you need to know about Holly’s return.

When is Holly Willoughby back?

The much-loved star is set to return to the show next Monday (April 26).

Confirming the news, ITV told ED!: “Holly is on a pre-planned week off this week and Rochelle will be presenting This Morning with Phillip.”

Meanwhile, Rochelle assured viewers Holly will definitely be back to presenting duties next week.

Don’t worry, Holly’s back next week

But it appears fans have grown to love Holly’s replacement, with many praising Rochelle on Twitter.

One said: “Rochelle you’ve brought such joy this week. Very natural, caring, funny and professional. A breath of fresh air.”

Another gushed: “Rochelle Humes looking gorgeous as ever on This Morning.”

In addition, a third wrote: “I prefer Rochelle to Holly… hopefully some will agree with me.”

Rochelle previously filled in for Holly during her I’m A Celebrity stint in 2018.

Why isn’t Holly on This Morning?

Holly and Phillip departed the show for Easter earlier this month.

Eamonn Holmes and Ruth Langsford have stood in for them on one week.

However, Holly took an extra week off in order to work on a new venture.

She announced the news alongside a sweet snap of herself and son Chester in the garden.

Holly penned: “Vitamin d, caffeine and a side order of distraction from Chester… Working on something else next week, which I can’t wait to share with you all.”

But fans are convinced the mum-of-three is actually filming a guest role on Midsomer Murders.

On Twitter, one guessed: “Holly are you having a secret adventure? One thinks there maybe some skullduggery afoot #MidsomerMurders.”