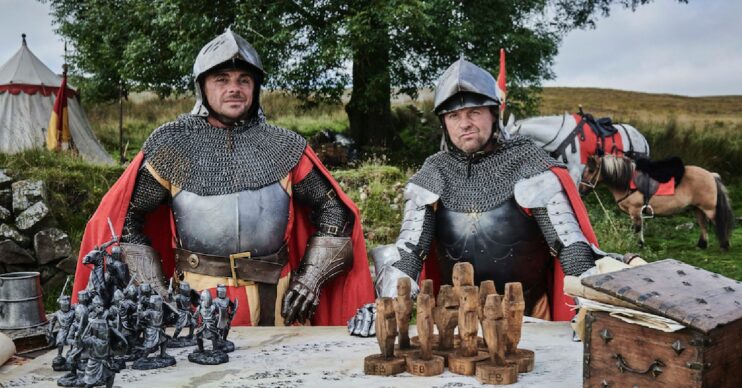 It appears a lot sooner than you might think...

It’s November so it’s officially time to start getting excited about I’m A Celebrity… Get Me Out Of Here!.

Even more excitingly, the start date of the latest series has apparently been revealed – and there isn’t long to wait at all.

According to The Sun, the date to mark on your calendars is Sunday, November 21.

For the second year, the ITV show is coming from Gwrych Castle in Wales, due to the ongoing pandemic.

That’s less than three weeks away.

Other names in the mix include Love Island’s Maura Higgins, TV presenter Louise Minchin and The One Show’s Matt Baker.

And rapper Naughty Boy is expected to make an appearance after having to pull out last year.

The music star – whose real name is Shahid Khan – was apparently replaced at the last minute by DJ Jordan North, who ended up as runner-up.

A source revealed: “Shahid is really excited to go into the castle and is up for the challenge.

“He loves his creature comforts, so he knows it will be a tough gig. He has a lot of personality so he’s hoping this will be a good platform for him.

“Producers hope that around the campfire he will spill on all the pop stars he’s worked with.”

Is I’m A Celebrity in Wales again?

The celebrities will need to quarantine for two weeks before the show, which is hosted by Ant and Dec. This is expected to stop the show lurching into chaos over vaccinations, like Strictly.

Last year’s show was in jeopardy as the Covid-19 pandemic raged and it was impossible to film in its usually home of Australia.

Eventually it was announced that it would move to the UK for the first time since its 2002 launch.

The series, which was won by Giovanna Fletcher, was the second most watched in the show’s history.

Are you excited for I’m A Celeb? Head to our Facebook page @EntertainmentDailyFix and let us know.