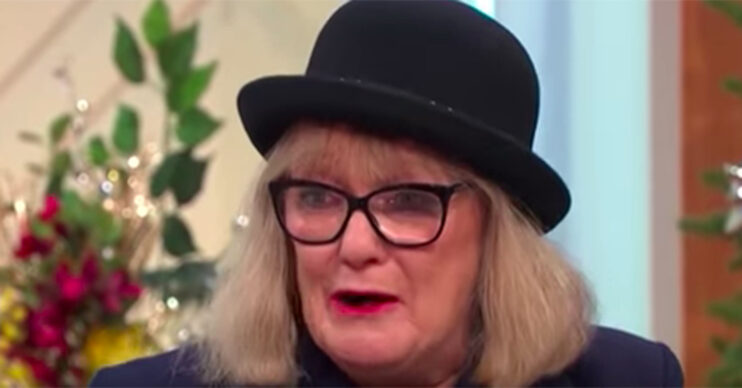 What is wrong with Janice Long? Radio presenter reveals she’s in hospital

Wishing her a speedy recovery!

Janice Long has concerned fans after she revealed she is in hospital.

The BBC radio presenter, 66, let her fans know of her current situation on Twitter.

So what happened to Janice? And what radio shows does she host these days?

Read on to get the answers to these questions and more.

What happened to Janice Long? Why is she in hospital?

Janice has said she is currently in hospital. However, she hasn’t let her fans know what for or if she’s received a formal diagnosis.

Despite this, dozens of fans rushed to wish her a quick recovery – and also suggested ways she could keep her boredom at bay.

One fan even tweeted that she could take over the hospital radio.

The fan tweeted: “You could always ask us some questions? You might get some interesting replies.

“If you don’t like that idea, come up with some ideas for your hospital radio. Get well soon.”

To which Janice replied: “I don’t believe there is a hospital radio here x.”

Janice currently hosts her own show on BBC Radio Wales Monday to Thursday from 7am to 10am.

Yet Janice is not Welsh, and actually originally hails from Liverpool, England.

She’s hosted on the radio, particularly the BBC, since the late 1970s.

She started out as an assistant at BBC Radio Merseyside, but was presenting her own content within months.

Here she hosted her own show Streetlife, that celebrated the thriving Liverpudlian music scene.

In 1995, she established her own radio station, Crash FM, which was later bought out by Forever Broadcasting in 1999.

Read more: Restless Legs Syndrome – what is it and is there a cure?

Today is it known as Capital Liverpool.

From 1999 – 2017 she became primarily associated with BBC Radio Two, for which she presented various shows for.

Janice Long in hospital: What happened to her brother?

Janice has publicly addressed the tragic loss of her brother.

Her brother, Keith Chegwin, was a famous television presenter and actor.

He was particularly well-known for appearing in the shows Multi-Coloured Swap Shop and Cheggers Plays Pop.

He also competed in Celebrity Big Brother in 2015, where he finished in fifth place.

In December 2017 he passed away aged 60 after a long battle with the lung disease idiopathic pulmonary fibrosis.

During an interview with The Mirror in 2018, Janice described her devastation at losing her brother.

She even said she still has urges to phone him: “I do have moments where I go: ‘Oh, I’ll just ring Keith, I’ll just send him this picture’ and he’s not there.”

Adding: “He died far too young, but he packed a hell of a lot into his 60 years.”

Who is Janice married to?

She has been in a long-term relationship with Paul Berry since 1987 and they share two children together.

So what do you think? Let us know on our Facebook page @EntertainmentDailyFix