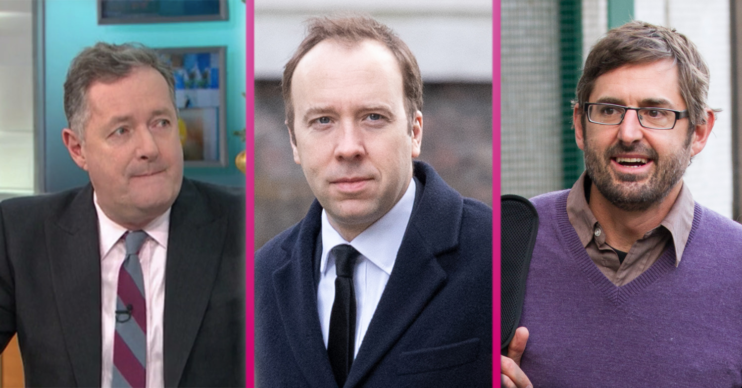 2020 has been a crazy year, so wild in fact that some very weird crushes have emerged.

Don’t believe us? Take a look at our list of 10 male celebrity weird crushes of this year…

Rishi Sunak, 40, emerged as a bit of a Tory stud this year.

The Chancellor of the Exchequer has been widely praised for his on-screen charisma despite considerable backlash over his somewhat controversial economic policies.

The GMB host, 55, is certainly like marmite, but more people seem to love him than hate him this year.

In fact, he’s held politicians and public figures accountable throughout the pandemic on Good Morning Britain.

So much so, that many are now calling him the ‘voice of reason’.

One of Piers’ chums, GMB’s Dr Hilary Jones has quite a big following of admirers.

The NHS doctor may be 67 but he’s absolutely a silver fox.

While keeping the public safe with his COVID updates, millions have watched him on Good Morning Britain this year.

We’re not sure if we see it ourselves, but a quick look on Twitter will see that a fair few are admitting to having crushes on Matt Hancock.

Plus the Secretary State for Health and Social Care, 42, has been the source of all types of hilarious memes and GIFs throughout 2020.

The presenter, 50, has been a secret crush of many Brits for years now.

But the star’s very popular podcast series, Grounded with Louis Theroux, has bought him back in the forefront of our celebrity crushes in 2020.

Quirkily handsome and so intelligent, it seems like just about everyone has a secret crush on this fella.

TV veteran Eamonn, 61, may be stepping down from his regular This Morning Friday slot from next year, but he is still a top secret celebrity crush in our eyes.

The Irishman is a natural charmer and his on-screen squabbles with wife Ruth Langsford just makes him all the more relatable.

Shane Richie may have won the Sexiest Male Award way back in 2003 – but he’s been back in the headlines again this year.

The former EastEnders star, 56, returned to our screens on I’m A Celebrity… Get Me Out Of Here!.

While he may have just missed the I’m A Celebrity final, he proved that he’s got just as loyal a fanbase as ever.

Boris Johnson, 56, lost a hell of a lot of weight after suffering from coronavirus earlier this year.

So much so that none other than Gemma Collins says she now has a bit of a crush on him.

While speaking at a PlayOJO event back in September, she said: “Boris has lost some weight recently – I saw him on the news the other day with his weight loss and his holiday tan and I thought ‘Boris looks a bit of a sort.'”

We’ve got quite a few Conservatives on our list this year, so we thought we’d throw in this handsome Labour Party Leader for good measure.

Keir, 58, is quite classically handsome and has emerged as a glimmer of hope for the somewhat ailing Labour Party in recent years.

We couldn’t create a 2020 crush list without including the rebel prince! In fact, Prince Harry has barely been out of the headlines this year.

After stepping down as a Senior Royal, he’s set himself up as a Netflix producer and now Spotify podcast producer across the pond.

And with his new unshaven and casual Californian look, we think he looks really quite well this year.

Do you agree with these weird crushes? Head to our Facebook page @EntertainmentDailyFix and tell us what you think.