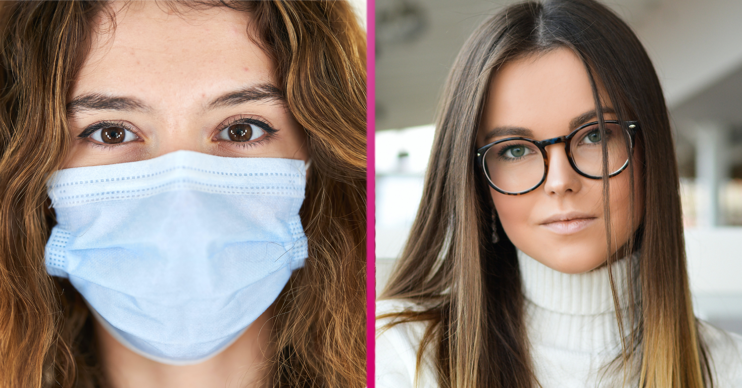 Wearing glasses could stop you catching coronavirus, scientists have claimed.

A study found that just 10.9% of people admitted to hospital during an early peak in the pandemic were glasses wearers.

So should we all be donning glasses or face shields as well as masks when we’re out in public?

A report published in JAMA Ophthalmology appears to suggest so.

What did the study suggest?

The study – by a team of Chinese scientists – noted that 276 patients were admitted to hospital in one particular region between January and March this year.

It found that 10.9% of the patients wore glasses, while 5.8% wore them for more than eight hours a day.

Read more: Prince George and Princess Charlotte break rule as they go back to school

Researchers then compared the findings with the proportion of people in the province who are glasses wearers.

And it suggested that hospital admissions among glasses wearers were five times lower than expected.

The study pointed to a number of factors as to why this could be the case.

How does it transmit via the eyes?

The ACE-2 receptors in the eyes is an entry point for coronavirus to infect human cells.

It can enter the body through contact with the eyes from the hands.

It stated: “Our main finding was that patients with COVID-19 who wear eyeglasses for an extended period every day were relatively uncommon, which could be preliminary evidence that daily wearers of eyeglasses are less susceptible to COVID-19.”

The report stated this could be due to glasses discouraging wearers from “touching their eyes”. It added: “Thus avoiding transferring the virus from the hands to the eyes.”

For daily wearers of glasses, who usually wear eyeglasses on social occasions, wearing them may become a protective factor, reducing the risk of virus transfer to the eyes.

The study further backed up the idea that the eyes are an “important channel” for coronavirus.

Researchers found that 12% of COVID-19 patients suffered from redness and swelling around their eyes.

However, the report is yet to be independently confirmed.

It’s not thought the government will suggest wearing goggles or face shields in public without further studies.