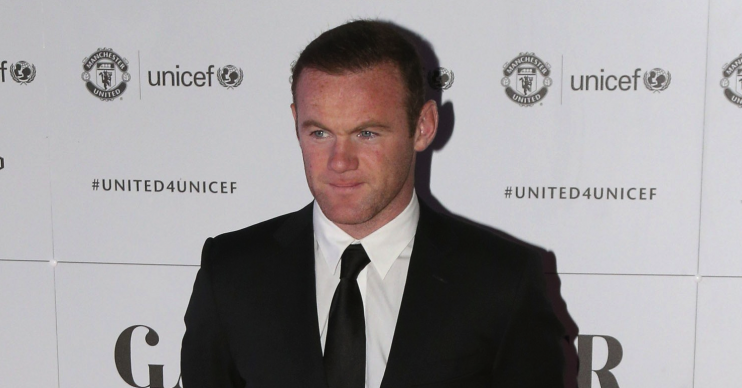 Wayne Rooney slammed by Church of England over gambling video

Clip is dismissed as an 'advert' for betting site

Footballer Wayne Rooney has been criticised by the Church of England after appearing in a video about gambling addiction.

In the six-minute clip, the former Man United and England striker’s comments about gambling are interspersed with tips on how to keep the habit under control.

However, a spokesperson for the Church of England has dismissed the video as an “advert” for online betting site 32Red, which sponsored it.

And it also slammed the gambling industry in general for causing “massive problems”.

Wayne, 34, has been playing for DC United in Washington since 2018, but recently returned to the UK to join Championship side Derby County as player-manager.

Derby’s sponsor is 32Red, and as part of his new role, Wayne agreed to be filmed for the gambling site’s video series Stay in Control.

Wayne Rooney’s simplistic solutions will be of little help to those who have already experienced harm from products campaigners say are designed to be addictive.

Over the course of six minutes, he can be seen talking to former footballer and ‘recovered problem gambler’ Scott Davies.

And the England legend speaks candidly about his own experiences with gambling.

He says: “I was a young lad, just come into a lot of money. And when you go away with Manchester United to an away game, you stay in a hotel.

“You get bored and you end up doing things to fill the time. And at that time, gambling was one of them.

“It didn’t feel like real money, but before you knew it you’ve lost a good bit of money and you don’t realise actually the amount you’re putting on at the time.”

Sandwiched between Wayne and Scott’s snippets of conversation are a number of tips designed to help gamblers stay on the right track.

However, the Bishop of St Albans, Dr Alan Smith – gambling spokesman for the Church of England – was not impressed with the clip.

He told MailOnline: “The video is little more than an extended advert, associating 32Red with Wayne Rooney, who is wearing their logo from start to finish.

“Wayne Rooney’s simplistic solutions will be of little help to those who have already experienced harm from products campaigners say are designed to be addictive.

“The video shows that the gambling industry recognises the massive problems it is causing.”

The Rooney family have had their fair share of problems over the past couple of years, what with Wayne’s drink-driving conviction, allegations of extra-marital affairs and Coleen’s spat with fellow WAG Rebekah Vardy.

However, they looked united and happy as they shared a festive picture with their fans just before Christmas.