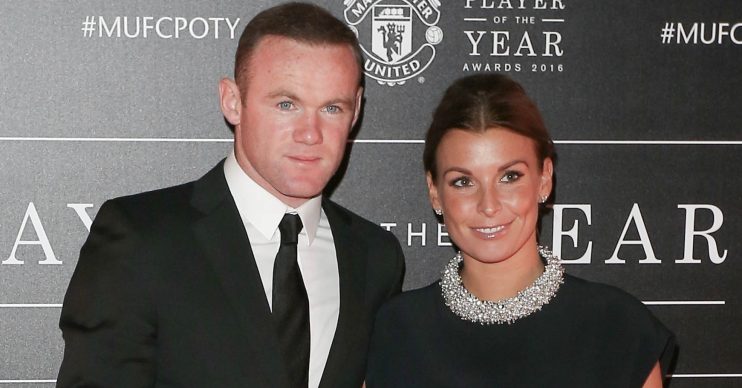 The footballer had been pictured partying with mystery women

All is apparently not well in the Rooney household, according to the tabloids this Bank Holiday weekend.

Wayne has reportedly been ‘ordered home’ by his  wife Coleen after he was pictured partying with women in Vancouver, Canada.

And to make things even worse, he was also photographed heading into his hotel’s lift with a mystery brunette.

According to a report in The Sun, Coleen flew to America in response to the snaps, and is demanding that Wayne return to the UK permanently.

Rooney is set to join UK team Derby County in January as a player coach, but Coleen allegedly wants him home immediately.

A source told The Sun: “Coleen went ballistic at Wayne for being so stupid again. She knows women are all over him on nights out so pleaded with him to stay out of trouble.

“But Wayne gets bored and follows the crowd.

“Coleen knew he was out that night but he missed out telling her about putting his arms around a woman in a nightclub and going back to his hotel with another.”

The source added that Coleen apparently wants Wayne to disregard the remaining time left on his contract with US soccer team DC United in Washington, and return to their Cheshire home.

Wayne has been married to his teenage sweetheart Coleen since 2008 and they have four children together.

His behaviour was last under scrutiny after a drink-driving incident in Alderley Edge, Cheshire, in September 2017.

What do you make of Wayne’s latest antics? Tell us what you think on our Facebook page @EntertainmentDaily.