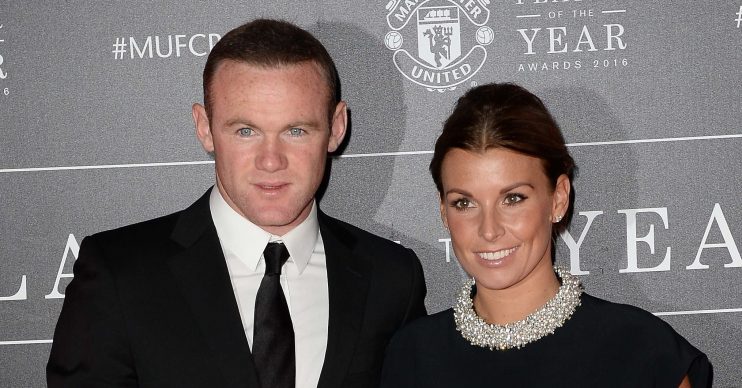 Wayne Rooney issues statement on pictures of him with mystery woman

He's denied anything happened with the woman

Wayne Rooney has broken his silence after images of him with a mystery woman emerged.

In photos published by The Sun at the weekend, the footballer was seen inside a Vancouver hotel with the girl following a night out with his DC United teammates.

According to the publication, Wayne was laughing and joking with the brunette and his night out included rum and cokes at two clubs, conversations with three girls and a soak in a pal’s Jacuzzi.

The Sun – Enough is enough pic.twitter.com/lCICTdwfwt

However, on Wednesday, Wayne issued a statement to Twitter, denying anything happened with the woman in question.

He wrote: “The Sun this week ran a front page story making it look like I took a girl back to my team hotel.

“They know that it’s not true and that I did not. They are using mine and my family’s name to sell papers.”

He continued: “Nothing happened between me and any girl on that night in Vancouver. I did not enter the lift alone with the girl pictured in the hotel foyer.

“The girl pictured in the club was simply one of many who innocently asked for autographs and pictures.

“The photographs published were taken by a freelance photographer who followed me and team mates to take long range shots, without out knowledge or permission.”

The dad-of-four added: “The pictures sold to the newspaper were selected and edited to create a sensational and completely untrue story about me.

“This whole story was a smear against me. It is damaging to my family and not something I am prepared to put up with.”

After the images emerged at the weekend, it was reported that Wayne’s wife Coleen demanded he return to the UK.

A source told The Sun: “Coleen went ballistic at Wayne for being so stupid again.

“Coleen knew he was out that night but he missed out telling her about putting his arms around a woman in a nightclub and going back to his hotel with another.

“When she landed, Coleen told Wayne to just end his contract and go back to the UK with her. She wants him to just pay out and leave. ‘They are so much happier at home and she just wants him to tell them to shove it.”

Earlier this week, Coleen was pictured without her wedding ring.