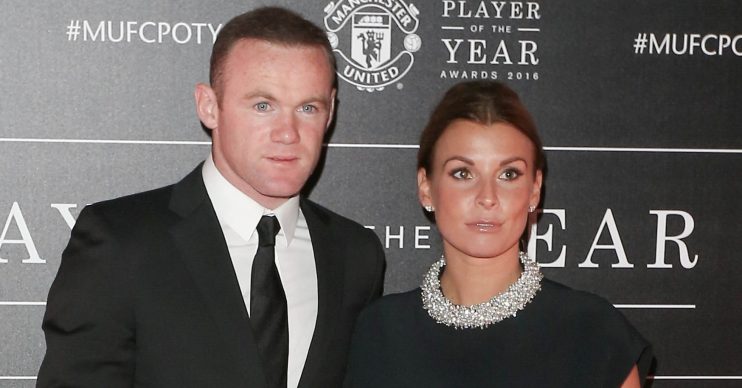 They bought their kids new pets for Christmas

Coleen and Wayne Rooney have given their children two new pets for Christmas.

The WAG shared a snap of her boys to Instagram alongside one of their new family additions – a puppy called Pip.

Sending you all lots of love this Christmas. Have the most special time with your loved ones. We woke up to 2 new additions to the family this morning, Pip the Pom and Harry the Hamster 🤦🏻‍♀️🤣❤️🎄🎁🎅🏼

Alongside the picture of the boys in matching festive PJs, Coleen said: “Sending you all lots of love this Christmas.

“Have the most special time with your loved ones. We woke up to 2 new additions to the family this morning, Pip the Pom and Harry the Hamster.”

We woke up to 2 new additions to the family this morning.

Wayne and Coleen also shared a family photo yesterday as they dressed up with their sons.

It was recently reported that Coleen and Wayne installed a new security system at their multi-million pound home in Cheshire.

The new system apparently includes an escape tunnel and the couple had builders create the passageway to be used in the event of an emergency.

The Sun reported that the space is also kitted out with a toilet, kitchen and provisions, as well as CCTV and internet access should they need it.

Meanwhile, it was also claimed that Coleen’s keen to try for baby number five as she felt it would help put the so-called Wagatha Christie drama behind her once and for all.

Over the summer, Coleen hit headlines after she accused fellow WAG Rebekah Vardy of passing stories about her family to the papers – something Rebekah vehemently denied.

A source told New! magazine: “It’s no secret Coleen has wanted another baby and she feels as though a fifth child would turn the page and be a great way to start a new chapter.