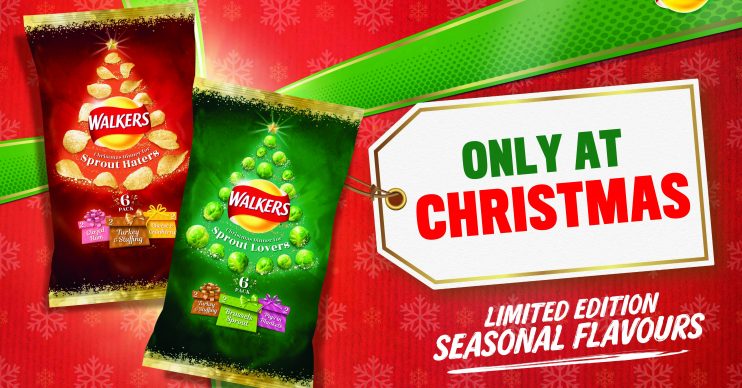 Are you a lover or a hater?

The Christmas treats keep on coming, with the announcement that Walkers is bringing back its Brussels Sprout flavoured crisps in time for the festive season.

And, the brand says, the crisps are making a comeback due to “popular demand”.

Although a traditional part of our festive feast, Brussels sprouts are as divisive as Marmite and viewed by many as the worst thing about their Christmas dinner.

However, the crisps seem to have proved popular.

A Walkers spokesperson said: “It’s official, our festive flavours are back! We’ve seen huge demand from crisp lovers on social media so we’re expecting British tastebuds to once again delight in the mix of flavours on offer.”

Read more: You can get paid to eat fudge as company advertises chief taster role

They added: “Whether you’re a Sprout Lover or a Sprout Hater, or just love a bit of Christmas novelty, these playful flavours will certainly help you to get into the festive spirit.”

They’re in all good supermarkets from today (October 7).

The news of the return of the limited-edition festive flavours received a mixed review on social media.

Some were keen to fill their bags for life full of the crisps, while it was a flat no from others.

Erm – not keen on idea of sprout crisps! Is it a delayed April fools?

Walkers also said that one fan tweeted them back in May, “reminiscing” about the flavour.

They said: “Can we have sprout flavoured crisps back asap!”

Another fan revealed they had been stockpiling the crisps well into the New Year.

They said: “@walkers_crisps had some of your sprout flavoured crisps today and they were sensational. Is there still a chance of buying any anywhere?”

Will you be rushing out to buy Brussels sprout flavour crisps? Tell us on our Facebook page @EntertainmentDailyFix.